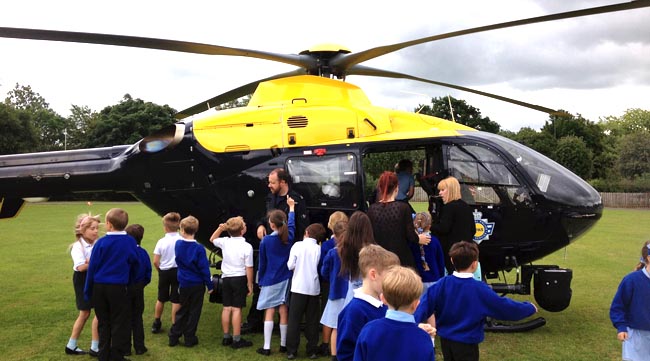 Newton Aycliffe schoolchildren were treated to a surprise today when Durham Constabulary’s police helicopter dropped in to say hello.

The chopper, known as ‘Ghetto Bird’, made the surprise appearance at Byerley Park Primary on Friday as part of the school’s 40th birthday celebrations.

“The pupils had a chance to look around the helicopter as well as the police vehicles,” said PC Mike Welch.

Parent Jeney Hedley said: “My son loved it – he was first in line to come see the helicopter and pilot!”

And Jo-Anne Lumley added: “It was brilliant! All of the children loved it.

“My son now wants to be a Helicopter pilot!”