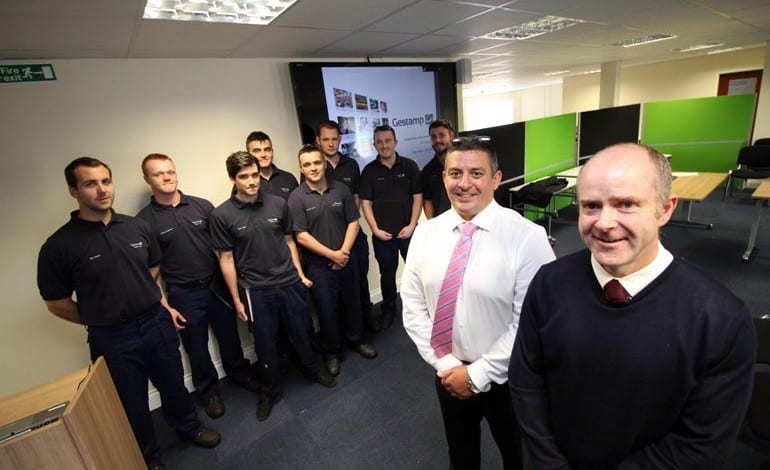 Eight Apprentices at Gestamp Tallent have been handed their permanent contracts of employment during a special presentation at the Newton Aycliffe factory.

Gestamp Tallent takes on at least eight new Apprentices every year – usually four tool makers and four maintenance Apprentices – but in recent years has taken on as many as 16 a year.

The firm, which currently employs 1,322 people at Aycliffe, currently has 53 Apprentices on its books.

Its 2011 intake were officially handed their full-time contracts of employment during the presentation held at the company’s new Plant 6 facility, on the site of the former Sanyo factory on St Cuthbert’s Way.

Plant Director Peter Gallone said: “It’s nice to take that short time out to formally recognise the achievements these guys have made.

“They work quite hard in different environments for four years, and in the past we’ve just given them their contracts.

“I think it’s important to take the time out to formally congratulate them and hand them their contracts of employment in person, as these young men are the future of our organisation hear in Aycliffe so therefore deserve this recognition.”

As well as its commitment to taking on Apprentices every year, Gestamp Tallent also works closely with Woodham Academy, running a successful Apprentice Challenge competition, run very much like the hit TV show Apprentice, which involves the winner being offered an Apprenticeship.

“It’s a fantastic moment for the Apprentices,” he said.

“We haven’t done anything formally with them in the past, so it’s nice that we recognise their achievement of four years of hard work with a presentation in front of their peers and managers.”

The Apprentices who received multi-skilled maintenance technician contracts were Ross Fahey, Matthew Grimley and Connor McNulty, while tool-maker contracts were handed to Aidan Spooner, Elliot Coatsworth, Ben Raper, Charles Rogerson and Ed Shearer. Ross Anderson also completed his Apprenticeship and will receive his Multi-Skilled Maintenance contract but was unable to attend the presentation

Aidan Spooner said: “It’s good to get the certificate and be officially out of your time as a tool-maker.

“Gestamp is a good place to work, there are plenty of opportunities to do different things in this country and abroad.

“Judging where people have got to through Apprenticeships within the company, it shows you can go quite a way as an Apprentice, and is a good stepping stone to get you on your career ladder.”

Eight other employees successfully completed advanced manufacturing programmes after Gestamp Tallent successfully applied for an Employer Ownership Fund (EOF) grant, through the Department for Business, Innovation and Skills and the Skills Funding Agency. 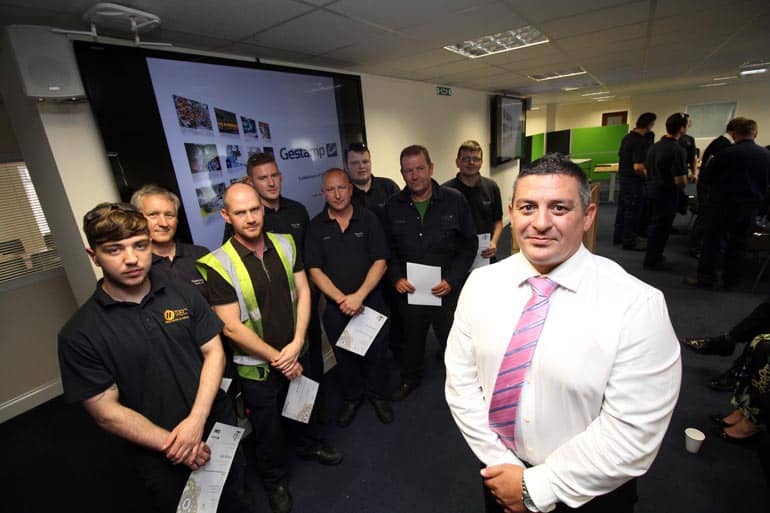