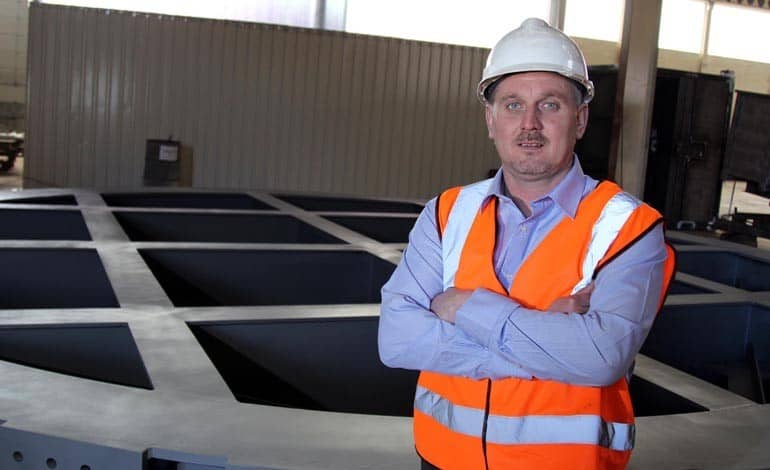 Contract wins in the Outer Hebrides and Cornwall are helping a Newton Aycliffe construction firm grow from strength to strength.

Raisco, based on Aycliffe Business Park, hit their target of a £7.5m turnover at the end of March after winning work to build new stores for European retailer Lidl earlier this year.

Now the steel business is expanding with contract wins at locations literally spanning the length and breadth of Great Britain – with one job in Cornwall and another 780 miles away in the Scottish Isles.

Raisco is currently working on five jobs, totalling more than £700,000, at Bude in the South West, Taunton in Somerset, Sterling in Scotland and North Uist in the Outer Hebrides, as well as another contract a bit nearer to home in Newcastle.

The Outer Hebrides job is a 135-tonne project building a new school for Robertson Construction, which has been made doubly difficult because of ferry strikes limiting their crossing from mainland Scotland.

At the same time, the Aycliffe company is building the steel for a new primary and nursery school in Sterling, central Scotland, for Robertson Construction, involving 90 tonnes of steel, as well as a small steelwork job for STP Construction at the Freeman Hospital in Newcastle.

Raisco are also juggling those contracts with a main contractor job for Lidl, building a new store for the food chain in Stoke, which is expected to open ahead of schedule in August.

It’s an ambitious start to the new financial year for Raisco as it expects to increase turnover again in 2015-16.

Managing director Gary Raistrick said: “We have a team of staff spread across the country, which means we’re able to make site visits in various locations a lot easier.

“We actually have full-time staff working for us in Glasgow, Edinburgh and South Wales, so with our head office in County Durham we cover pretty much all regions.

“It also shows we’re capable of taking on work anywhere in the country. The Outer Hebrides job, in particular, has proven very tricky. We’ve had to work around ferry strikes as we navigate our steel load to the North West of Scotland to Skye and over to Stornoway.

“But it’s been a good test for us and it is showing how we can adapt and diversify to make sure we complete the job to a high standard, no matter where in the British Isles that is.”

Earlier this year, Raisco was handed a multi-million pound agreement to build new stores for Lidl, one of the largest food retailers in Europe, after being approved as a principle contractor on the German firm’s framework agreement.

It means Raisco could construct anywhere between three and 10 stores a year as part of Lidl’s extensive construction programme over the coming years.

“It’s been an excellent year for us and we continue to grow from strength to strength,” added Gary.

Since being formed by Gary in 2007, Raisco has rapidly grown into one of the country’s leading construction and steel fabrication firms.

The firm – which employs 35 staff at its 35,000 square foot premises in County Durham – has diversified from purely a structural steel company to having the ability to provide a full construction package.