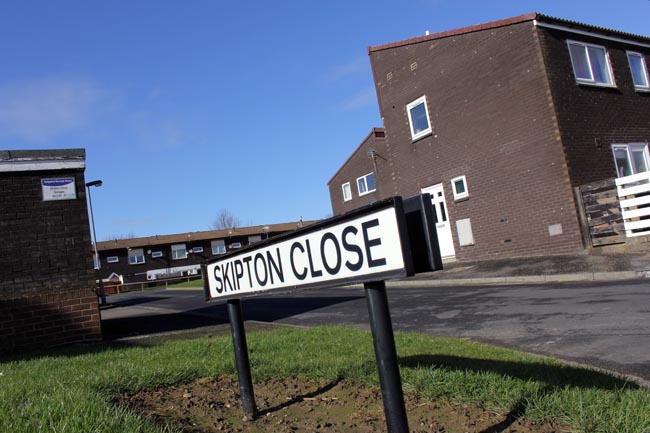 Four people were arrested on suspected drugs offences after firearms officers were called to an address in Newton Aycliffe.

The drama unfolded after officers were called to Skipton Close after reports of a man with a gun in a residential area.

No gun was found at the address, but police did arrest four suspected drug dealers after finding cannabis at the scene.

A Durham Constabulary spokesman said: “We were called at 3.05pm today (Tuesday) to reports of a man with a firearm in Skipton Close, in Newton Aycliffe.

“Officers attended and found there was no firearm.

“However, a quantity of cannabis was found and four people, two men and two women, were arrested on suspicion of possession of a controlled drug with intent to supply. They remain in custody.”