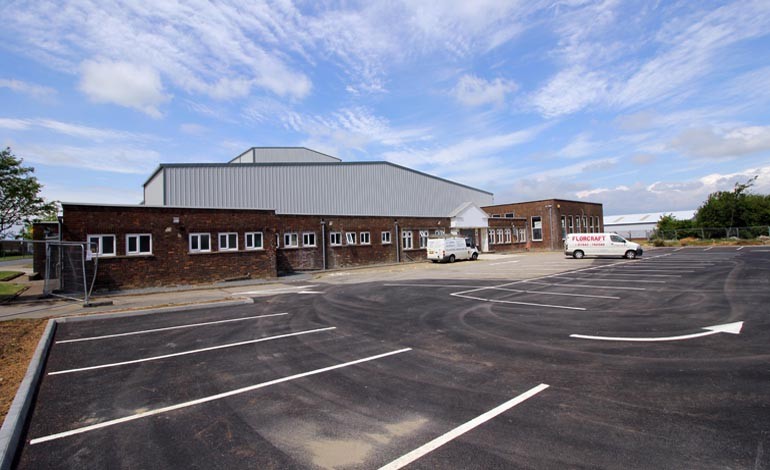 One of Newton Aycliffe’s former World War II munitions factories will spring back to life this summer when it re-opens as a £1.1m mixed leisure facility.

The former Presswork Metals factory on Aycliffe Business Park, which was built in the early 1940s to build bombs and bullets for the war effort, has stood empty for more than six years.

But the site, which has been renamed ROF 59 – standing for Royal Ordnance Factory 59, its original name – is due to open with a range of family facilities on offer, creating 20 new jobs.

Click here to see some pictures taken this week showing the progress of ROF 59.

A further £400,000 has now been spent fitting out the inside of the new building, which will include a restaurant, aptly named The Blitz, and a bar/lounge called The Bunker.

It will also include a huge activity centre, featuring one of the biggest climbing walls in the country, standing at 20 metres tall, which will be managed by local firm Rockantics.

Four new staff took up their roles this week, including a chef, a restaurant/bar manager, a restaurant supervisor and a bar supervisor, while a reception supervisor has also now been appointed, along with three receptionists and two team leaders for the activity centre.

The “hands and feet” are now being added to the several climbing walls as the finishing touches are made, and it’s hoped ROF 59 will be open to the public some time in July.

“We’re working around the clock to get everything finished and open to the public,” said Finley Structures managing director Julie Finley.

“It will be a fantastic facility once completed. We’ve spent a great deal of time on attention to detail, making sure it will be a great experience for all of the family when they visit.

“We’re delighted with the staff appointments we’ve made so far but we’re still recruiting and they should all be in place in the next couple of weeks.”

The opening of ROF 59 will coincide with the 70th anniversary of the end of World War II this summer.

The work was highly dangerous as the women filled bullets and bombs for the boys in the battlefield. There were a number of serious and fatal explosions, with eight women being killed in one blast.

Julie Finley added: “We recognise the important historical significance of the factory and the Aycliffe Angels who used to work there, so we have deliberately retained much of the original brickwork and signage within the building.

“Aycliffe Business Park probably wouldn’t exist today without the Royal Ordnance Factories, and we feel it’s important to preserve that heritage for many years to come.”