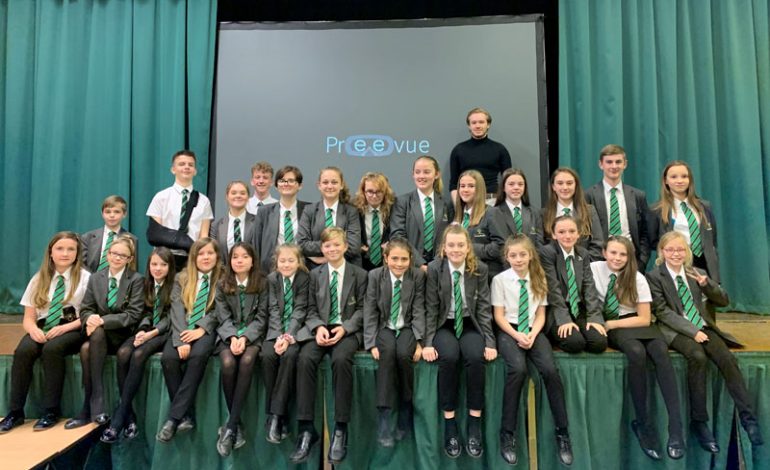 Woodham Performing Arts Academy were delighted to welcome former student, Ryan Metcalfe, back to the school to deliver a session to current students.

As a student at Woodham, Ryan was involved in the different performing arts opportunities that the school offered and has gone to have a very successful career in the world of theatre.

Having attended Drama school, Ryan has developed a company called Preevue. Preevue is a virtual reality company that creates visualizations of different theatres around the world to allow directors and producers of touring theatre shows to plan and design their stage sets without actually having to step foot in the theatre.

Ryan was able to talk to the students about his work on Bat Out of Hell, Harry Potter and the Cursed Child and Moulin Rouge and gave the students a real insight into what it is like to be successful in a very competitive career.