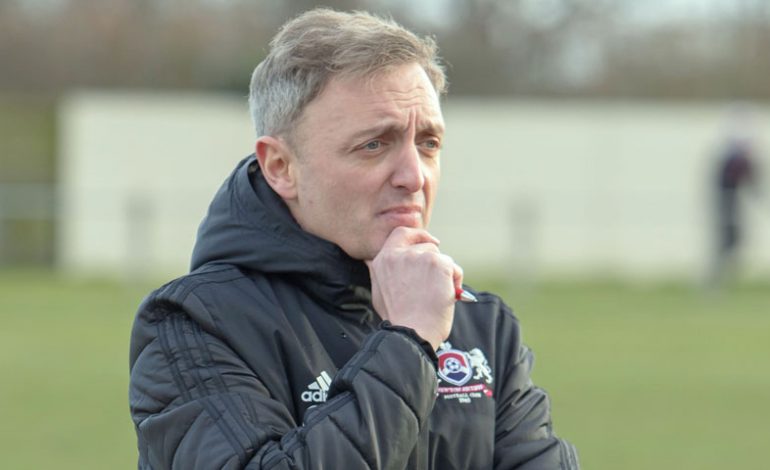 Newton Aycliffe boss Colin Stromsoy has warned the form book goes out of the window as his side prepare for tomorrow’s derby visit of Bishop Auckland.

Stromsoy’s side moved up to a healthy fifth in the Northern League after returning to winning ways with a 4-1 triumph in Cumbria thanks to goals from Jake Petitjean, Marc Costello and Liam Jarvis, who bagged a brace.

The win on the longest away journey of the season has kept Aycliffe in touch with the Northern League leading pack and came after the disappointing home defeat to rivals Hebburn Town earlier last week.

Stromsoy hopes to have a fully fit squad for the derby day clash with Bishop Auckland who have only won one of their last five games prior to the short trip to Moore Lane Park.

And he warned his side must guard against complacency in a game Bishop players will be desperate to win as they aim for a top-half finish.

The Aycliffe boss said: “We won comfortably at Penrith but didn’t really play very well but it was obviously an important win for us.

“We know that Bishop Auckland are a very good team, very strong and very powerful and they will come here looking to beat us, especially after we beat them earlier in the season at their place.

“Games against Bishop are always tight, always close and always hard work. We know we are facing a very tough game and we have to be at our best across the entire team. All of their games have been close recently so I am not reading too much in their recent run.”

Stromsoy has injury doubts over Adam Burnicle and Lewis Walton but is hopeful he will have the rest of his players available, the biggest question of course is if the game will go ahead at all as the coronavirus crisis grips the country.

With the Premier League and EFL meeting today to discuss how to proceed with games this weekend, and for the rest of the season, non-league clubs and leagues are sticking to government guidelines, issued on Thursday night.

Games across the continent have been postponed, as well as major leagues and sports in the United States and Asia but football in this country, and the Northern League, carries on – for now.

Stromsoy added: “These are strange times but at the moment the advice is that we carry on and that’s what we will do.”