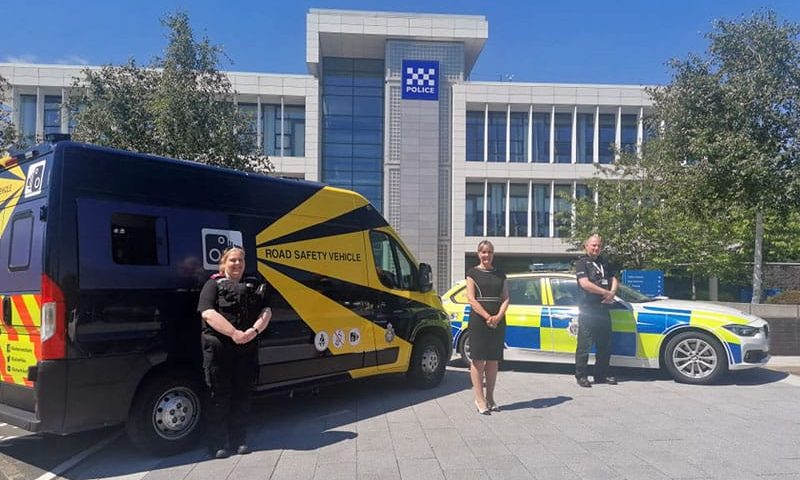 Drivers who put the lives of others at risk are being encouraged to change their ways as Durham Constabulary launches three new safety camera vans.

The force’s Road Safety Bureau (RSB), which was launched in 2020, has been targeting those who continue to flout the rules of the road by speeding, not wearing seatbelts or using mobile phones.

And now officers are able to help even more communities where residents have raised concerns, as the new vans will be deployed to sites nominated by local residents.

Sergeant Chris Milburn, from the force’s Roads Policing Unit said: “Bad driving can have devastating consequences for everyone involved so we always encourage drivers to think twice about their actions when they get behind the wheel.”

“Simple things like not using your mobile phone, making sure you wear your seatbelt and adhering to the speed limit could be the difference between life and death not just for you but other road users.

“The new vans will also help us take uninsured and unlicensed drivers off the road who we tend to find are also involved in other crimes such as drug offences, so the implications for the communities we serve are wide-ranging.”

In May, the RSB dealt with 19 seatbelt offences including one where a child under 14 was sat in the front passenger seat without a seatbelt and one driver was caught using their mobile phone.

The team also recorded 3,682 speeding offences across the force area with examples including a driver doing 72mph on the A167 through Newton Aycliffe – a 30mph zone – and in Watling Street, Leadgate, 185 offences were recorded including someone driving at 62mph in the 30mph zone.

“Speeding was one of the most reported concerns for residents following my Police & Crime survey that I conducted last year, with 75% of respondents agreeing that there should be more enforcement of road traffic offences where they lived.

“These vans will provide a modern method of policing for communities and with more vans on the roads this will provide a quicker, credible and visible response to speeding.”

Residents who have concerns and wish to have the RSB visit their community should contact their local Neighbourhood Policing Team by calling 101 or accessing the Live Chat function on the force website.

Residents can also attend a PACT or virtual PACT meeting.