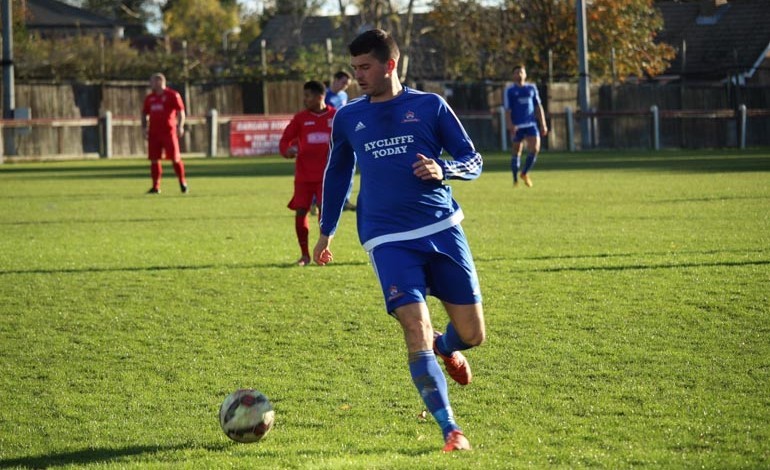 Newton Aycliffe took their unbeaten league run to eight games with a 3-1 win at Bedlington on Saturday.

Goals from John Campbell (two) and Matty Moffat secured the points as Aycliffe climbed up to fifth in the Ebac Northern League first division.

The Newtonians made a positive start with Dennis Knight taking a free-kick after two minutes which was headed wide by Stuart Banks.

After the quarter hour Banks came close when he volleyed wide from a cross-field ball.

The first goal came just before the half hour when a Campbell shot found the net with the help of at least one deflection.

The action came thick and fast as half-time approached with Andrew Green coming to Aycliffe’s rescue on 41 minutes with a header off the line.

Three minutes later Campbell got his second with a 25-yard shot that gave the Bedlington keeper no chance.

A lapse of concentration a minute later in the Aycliffe defence allowed the home side to pull a goal back.

The second half started slowly for Aycliffe but after an hour Knight headed over and two minutes later Banks was through one-on-one with the keeper but saw his shot blocked.

With 15 minutes left Ashley Coffey made an excellent run down the left wing getting a cross into the box. Paul Garthwaite, following in, took a shot which was well saved by the keeper.

Aycliffe made it 3-1 on 77 minutes when Zak Boagey won the ball in midfield. Driving forward he unselfishly squared the ball to substitute Moffat who had a simple tap in to finish.

Before the restart Bedlington had a player sent off with a second to follow before the final whistle.

Aycliffe now return to cup action with a home game against Stockton Town in the Durham Challenge Cup, followed by a trip to Chester-le-Street in the FA Vase on Saturday 31 October.