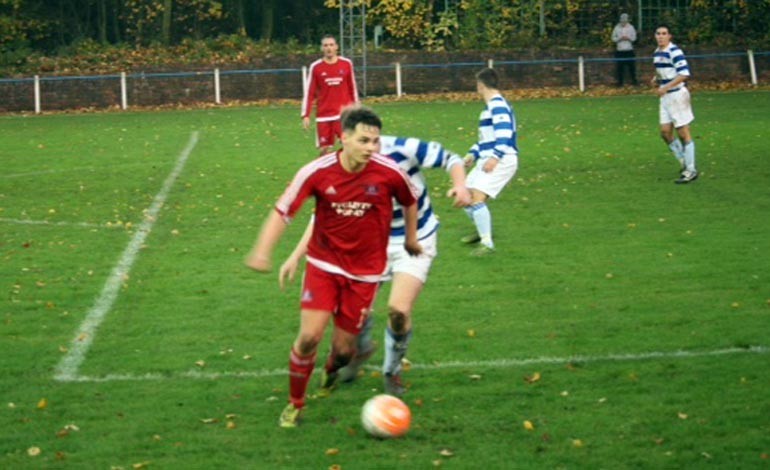 Newton Aycliffe play North West Counties side Atherton Collieries in the third round proper of the FA Vase this Saturday (12th December).

Aycliffe made it to the last 64 of the national competition with a thrilling extra-time win at Colne in Lancashire.

That came after a first round win at Chester-le-Street (pictured above) in October.

Their reward is a visit from Atherton, who compete in the same league as Colne.

Atherton, from Wigan, are the current form team in the NWCL having won their last eight games.

However, they face an Aycliffe side who have only lost once in their last 13 games.

That loss was in the League Cup at Penrith with Aycliffe missing six players who had featured in the win at Colne a few days before.

Aycliffe were without a game last Saturday, their Ebac Northern League fixture losing out to the wet weather.

Peter Dixon put his squad through a training session as their Moore Lane pitch was waterlogged.

The team will be looking to put their hard work to good use this Saturday and hoping that the pitch recovers in time.

Atherton Collieries will be bringing a coach-load of supporters to Aycliffe and the home side are hoping for strong support from Newtonians.

Kick-off is 3pm with admission £6 adults and £4 concessions.