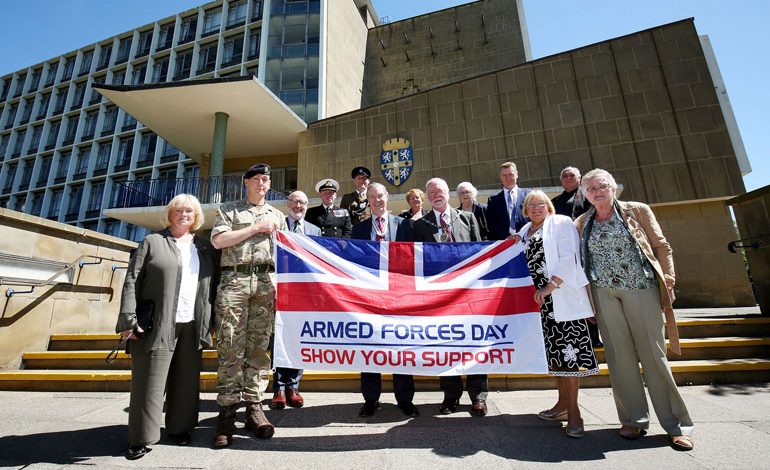 Durham County Council will be flying the official armed forces flag at County Hall until this weekend to mark Armed Forces Day on Saturday, 30 June and Reservist Day on Wednesday, 27 June.

Chairman of the Council, Cllr John Lethbridge, will also be hosting a reception for representatives from the armed forces and council employees who serve in the reserve forces.

The council has since set up an Armed Forces Outreach Service which provides help and support to all forces personnel, reservists, veterans and their families.

And earlier this year, the authority’s Cabinet agreed to the introduction of a guaranteed interview scheme for veterans, enabling those who meet the essential criteria for a post overcome any barriers to recruitment opportunities.

Cllr Lucy Hovvels MBE, Durham County Council’s armed forces champion, said: “We are passionate about our support for the armed forces community and recognise the essential role played by members of the reserve forces.

“We do all that we can to support employees who are reservists. Armed Forces Day is a chance to demonstrate our commitment to all those who serve and have served in the armed forces as well as their families.”