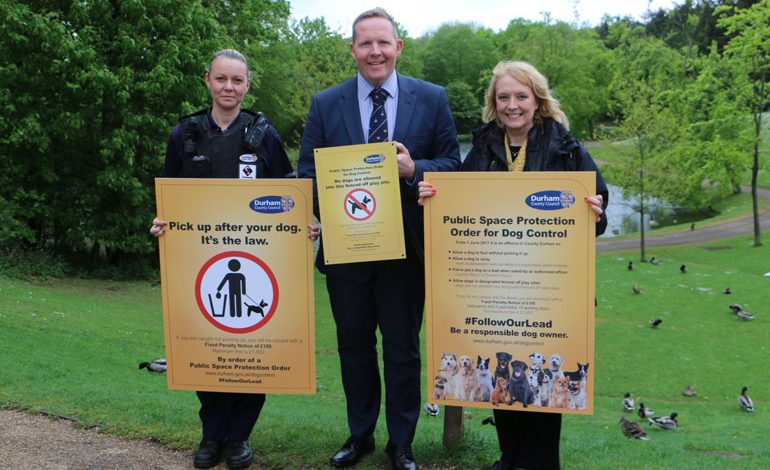 More than two dozen people have been left out of pocket in the opening months of a new order on dog control.

In the period between the order coming in on 1 June and 31 October, 23 people have been given the £100 notices for failing to pick up after their dog.

Six have been given FPNs for allowing their dogs to stray while one pet owner was given a FPN for allowing a dog into a fenced-off play area.

In addition to the FPNs handed out by the council, Shildon Town Council has also issued its first notice through the PSPO.

Town and parish councils are also authorised to enforce the order with staff from not only Shildon but also Seaham and Great Aycliffe town councils having undertaken the relevant enforcement training.

“Despite clear signage stating dogs are not allowed to enter the fenced-off play site at Hackworth Park, a member of the public continued to allow their dog into the prohibited area and was therefore issued with an enforcement penalty.

“Our priority is to ensure fenced-off play areas remain dog-free.”

Under the PSPO, on-the-spot FPNs can be issued by the county council’s neighbourhood wardens and officers from Durham Constabulary for:

Cllr Brian Stephens, Cabinet member for neighbourhoods and local partnership, said: “Children and young people have the right to play in a clean and safe environment and excluding dogs from entering fenced-off play areas is just one of the steps we have taken to support this.

“We acknowledge the majority of dog owners in County Durham are responsible, but sadly some are not.

“The issuing of 30 FPNs shows we are prepared to take action against those who are irresponsible and we hope that our doing so brings about changes in behaviour.”

Ian Hoult, the council’s neighbourhood protection manager, added: “Education and engagement is paramount to ensure all County Durham dog owners, and visitors to our county, understand dog control rules set out under the PSPO.

“Dogs should always be walked and exercised with a responsible owner. If visiting a children’s play area with a dog, please exercise it outside of the fenced-off play area and pick up any mess and put it in a bin.

“Although dogs are allowed off-lead in some public spaces, including parks and countryside sites, authorised officers have the power to request dogs are put on a lead for public safety and to protect children, other dogs and wildlife. So please check local dog control policies before exercising dogs off-lead.”

To find out more about the PSPO visit: www.durham.gov.uk/dogcontrol

To check if a stray or lost dog has been handed in, visit www.strayaid.org.uk/found