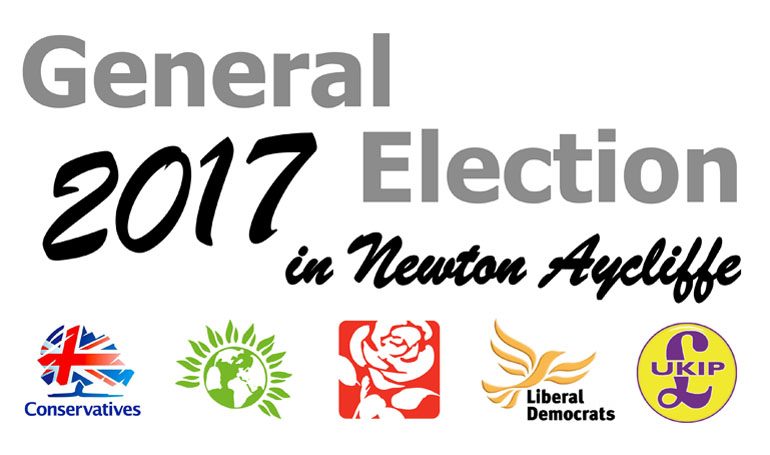 Five candidates have been nominated for the Sedgefield seat in the 2017 General Election.

One of the largest constituencies in the UK, the traditionally Labour seat of Sedgefield – previously held by ex-Prime Minister Tony Blair for 24 years – takes in Newton Aycliffe, which is its biggest town in terms of the electorate.

Aycliffe, with a population approaching 30,000, will as ever play a crucial in the Sedgefield Constituency during the snap election on June 8.

Phil Wilson, Sedgefield’s Labour MP since the 2007 by-election following Blair’s resignation, won slightly more votes two years ago than in 2010, but saw his majority reduced from 8,696 to 6,843, polling 18,275 to the Conservative Party’s Scott Wood with 11,432 votes.

However, the national picture is bound to influence this year’s election, and the divisive Labour leader Jeremy Corbyn’s unpopularity among many loyal Labour voters will come into play.

Dehenna Davison, a 23-year-old student from Hull, has been put forward by the Tories to challenge Wilson this time, and will undoubtedly be his biggest rival.

Aycliffe Village resident John Grant is representing UKIP, but he is unlikely to mount a serious challenge after the freefall of Paul Nuttall’s party post Brexit.

Brafferton resident Melissa Wilson represents the Green Party and the Lib Dems’ Stephen Psallidas, from Newcastle, make up the other candidates in the constituency.

And while the Sedgefield seat will be a two-horse race between Labour’s Wilson and the Conservatives’ Davison, the other three candidates will all undoubtedly affect the overall outcome in splitting the electorate as the two leading contenders scrap for votes.

Aycliffe Today is planning a series of features over the next four weeks, and we’re inviting readers to submit their questions which we will put to all five candidates for their responses.

The five candidates for the Sedgefield Constituency: