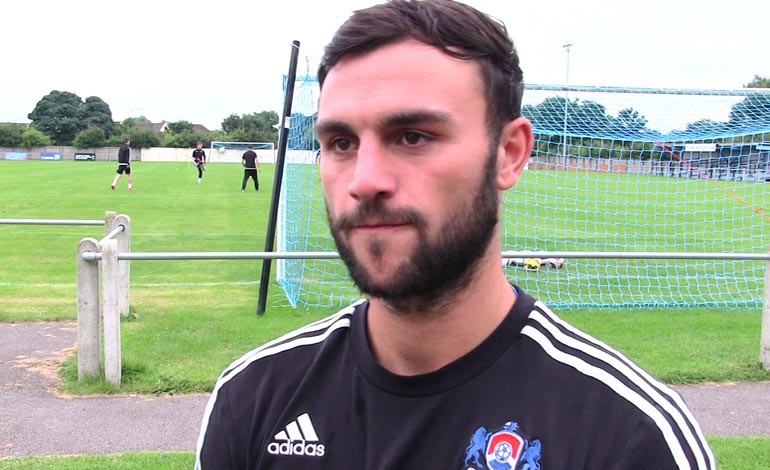 Newton Aycliffe midfielder Dennis Knight says Peter Dixon’s squad is fitter than ever and looking forward to the new season, which kicks off this weekend.

The former Newcastle United junior, who scored 18 goals in 42 games last term, is hoping the Newtonians can beat all the records again during the 2016-17 campaign.

Aycliffe finished joint-fifth in the Northern League first division, won the Durham County Cup, reached the last 16 of the FA Vase and the second qualifying round of the FA Cup – all of which were club records.

The Newtonians start the new season in the FA Cup at Washington on Saturday, followed by their first league game of the season at home to West Allotment Celtic next Tuesday night at Moore Lane Park (9th August, 7.45pm kick-off).

“We broke all the records last season,” said Knight.

“We won the Durham Challenge Cup, finished fifth and went the furthest the club’s ever gone in the Vase and the FA Cup, so it was a successful season.

“Since we come back at the start of July, the lads are looking fit, fitter than last year, so hopefully we can take that into the season and break all the records again.”

But he’s hoping to improve on his personal record this time out.

“Gus (Di Lella, first team coach) has given me a target of getting 20-plus goals so that’s a personal target for me this season,” said Knight.

Click here to see our Video Interview with the midfielder.