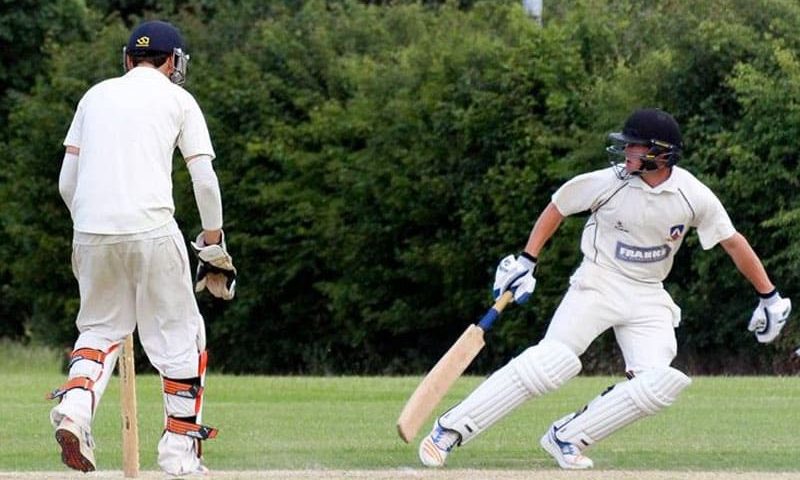 Aycliffe first team put in a excellent performance to earn their first win of the season when they defeated Saltburn 2nds by 49 runs.

Captain Adam Randall (sponsored by DTS Joinery) batted superbly to top score for Aycliffe with a powerful innings of 79 from 80 balls faced, including eight boundaries and five well hit sixes and he shared a new club record 7th wicket partnership of 101 with vice captain Michael Howe who scored a season’s best 68 runs.

This much needed win moves Aycliffe up the 2nd division table to 8th place with 55 points from 5 games played.

Our young 2nd team continued their encouraging start to the season with a well deserved draw away at Blackhall 2nd XI. Ryan Patrick (pictured above, sponsored by A Star Bathrooms) was the star of the show, hitting a career best score of 71 off just 69 balls and his memorable innings included eight boundaries and a six. The draw helped to push the second team up to 8th place in the NYSD 4th division with 36 points from 5 games played.