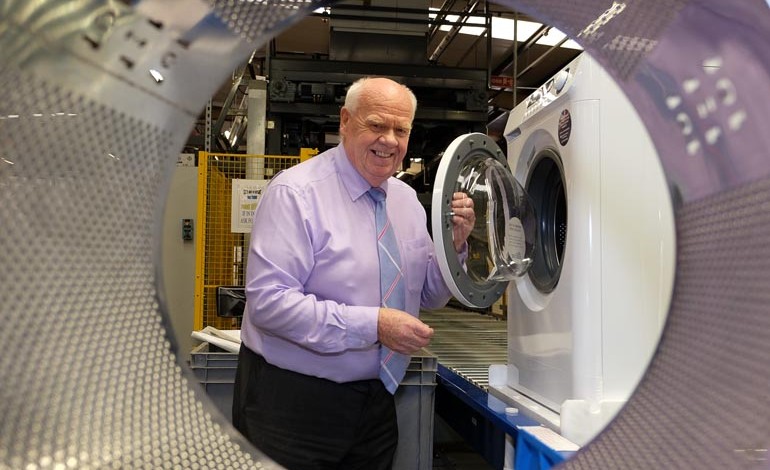 The first British made washing machines for decades have rolled off the production lines at Ebac’s Newton Aycliffe factory.

The line has been developed with support from a £1m Regional Growth Fund (RGF) grant from the Department for Business, Innovation & Skills and a £6m injection from the company’s own funds.

Work to establish the production line follows more than five years of planning and ongoing research and development, which includes the views of thousands of consumers.

His Royal Highness The Duke of Kent visited Ebac in 2015 and expressed his admiration for the project which is nearing completion.

The washing machines will be available to buy initially at selected independent retailers in the North East and Cumbria from October.

Ebac chairman John Elliott said: “Over the last four years we’ve put a lot of resource into developing products and markets, against a background of low global growth, but we expect in the next three years to double our output.

“The washing machine is the biggest innovation and this month we are shipping the first products to real customers.

“Sales are initially limited to a group of independent outlets in the North because demand is higher than supply but we will gradually ramp up production in a controlled way with the aim of being at full capacity within 18 months.

“Another big development is the development of a new range of water coolers for the American market.

“The USA is the world’s biggest water cooler market and the early signs are very encouraging with the first units being shipped in 2017.

“So these are exiting times for the business with the hard work and investment of the last few years coming to fruition with the expectation to double in size over the next three years.”