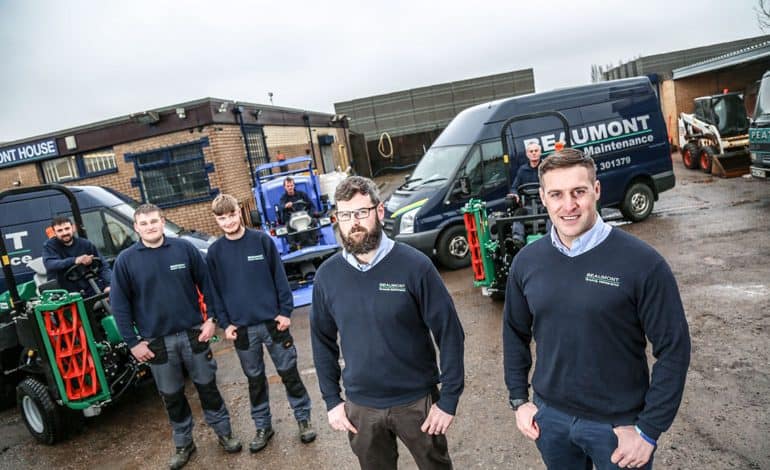 The five new recruits have boosted Beaumont’s staff numbers to 17, but the landscaping specialists expect that to increase to 22 during the busy summer months later this year.

Craig was a corporal and ground support engineer during a decade with the RAF which began with an apprenticeship after leaving school.

He then spent six years in the oil and gas industry, working offshore for a US oil company, installing and maintaining drilling and exploration equipment.

As Beaumont Grounds Maintenance was increasing its fleet of vehicles and machinery due to an increase in workload, managing director Alxander Lineton turned to his brother-in-law for help to bring the maintenance side of the business in-house.

Lineton explained: “It’s always something we’ve outsourced, but as our client base has grown, our fleet of vehicles and machinery has naturally grown to accommodate that so it makes sense to bring it in-house. 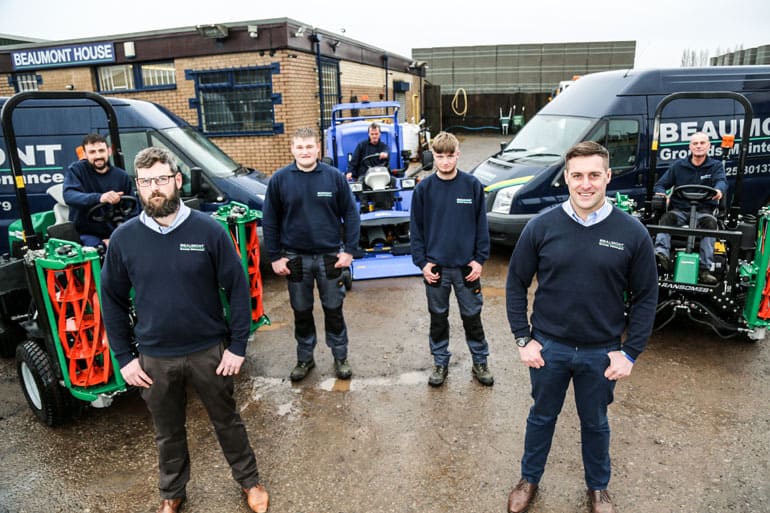 “It’s now Craig’s job to keep all our machinery moving. It will not only make the business more efficient, it will also improve the service we offer to our customers by reducing the timescale of any vehicle and equipment repairs.

“Craig not only fitted the bill in terms of his vast knowledge and experience, but the fact he’s my brother-in-law also ties in with the family ethos we have here at Beaumont.”

Craig added: “My grounding with the RAF was very much in vehicle maintenance, which suits me perfectly in this new role.

“But over the years my roles have covered quite a broad spectrum which has given me lots of different skills, which Beaumont can now hopefully benefit from.

“It’s an exciting time to join the company. We’re continually expanding and upgrading our fleet of vehicles, and keeping them moving as quickly as possible is vital to the business.”

It’s now headed up by the third generation of the Lineton family, with Alexander as managing director and his sister Sophie as accounts manager.

Beaumont now has a growing list of 160 contracted sites across the whole of the North-East, down to the Yorkshire and Humber areas and across to the Cumbria region.

You can find out more about Beaumont Grounds Maintenance at www.beaumontgroundsmaintenance.co.uk or give them a call on 01325 301379.