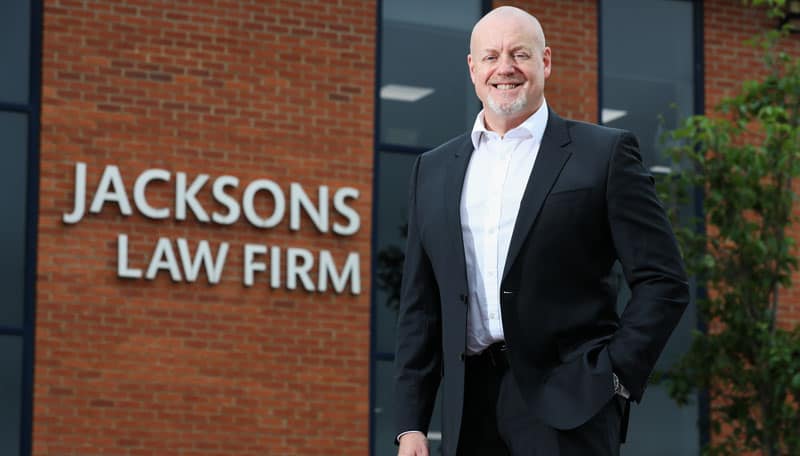 When Peter Robinson played with his brothers as a young boy, building camps in the woods and climbing the trees of Dalton-le- Dale, a small hamlet in County Durham, the world of work and careers was a far off place and one he didn’t really contemplate in those carefree days of childhood.

Peter is from a family of teachers – his parents, aunts and uncles were teachers and maternal grandfather a schoolmaster.

His dad’s father was head accountant at Murton Colliery. The predestined career for many in those days was working down the pit.

“Dalton-le-Dale had a church and no shops at all, just a pub that is now boarded up,” said Peter, sitting back in his chair at Jacksons HQ in Preston Farm Industrial Estate, Stockton.

“I was born in County Durham, grew up there, and spent my childhood, doing the “50 things in the woods” they now say all children should do. It was great, looking back on it, albeit I suspect I have rose tinted spectacles these days.”

Peter is a football fan, although admits he was not a very good player during his school years at Easington Comprehensive in the early 80s, so he hit the books instead.

The 50-year-old said: “I was the kid who was lousy at kicking a ball and not too much better at any other ball sport, either. I went to a footballing school too, which produced players for Newcastle and Sunderland, who were in my class. So that’s really what the physical education lessons all revolved around.

“I was good at academics, not sport, so I decided to work hard on what I was good at instead. I did well in O-levels at school, very well in A-levels and went on to study law at the University of Newcastle Upon Tyne.

“I have to say I didn’t have a strong idea of what I wanted to do at 18 and was considering a history degree.

“I did know I wanted to keep my options open as long as possible, though. I reckoned that a law degree would exercise my brain just as much as history but give me a wider career choice so I opted for that. Doing work placements while doing my degree made me realise I liked the professional side of it and so I decided I would pursue that. Not exactly a calling, but a deliberate, considered decision.”

He also had a period working for a boutique venture capitalist – learning the inside track – and running his own business before returning to a regional firm in 2016 as a corporate partner.

Peter has now taken over as head of corporate and commercial at Jacksons from Tony Wentworth, who himself has stepped into the position of managing partner following Jane Armitage’s decision to retire from the role.

“When Tony and Jane approached me about the opportunity I was interested and quite excited about the role,” said Peter. 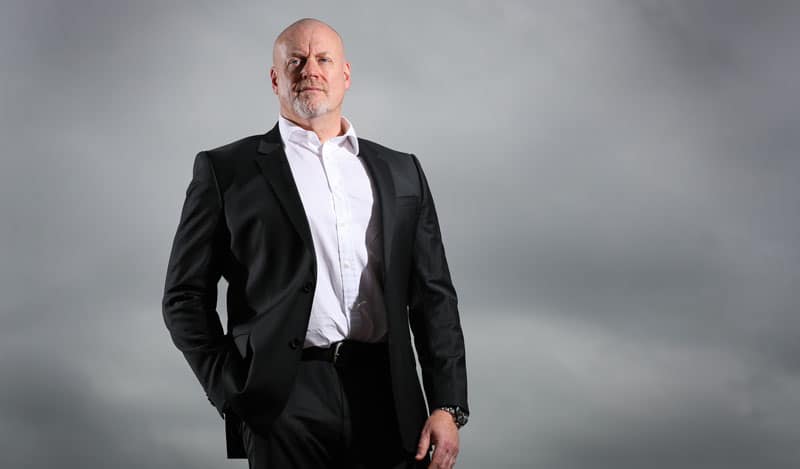 “It was clear to me that Jacksons had worked on their culture, business model and succession planning over the past few years and had built a partnership of people with different professional backgrounds and different ideas. It seemed a place where new approaches would be listened to.

“I have a lot of business experience, and I have seen what works and what doesn’t work in private practice. I liked the idea of the new challenge and was attracted to a firm which embraces and listens to new ideas.”

Peter’s expertise lies in working closely with clients to become their trusted advisor, to be their commercial sounding board and part of their internal commercial team.

He specialises in company and business sales, acquisitions, investment and private equity and shareholder arrangements generally, among other things, and he particularly enjoys working with owner managed businesses and businesses starting up.

“I like to roll up my sleeves and understand a client’s needs, to get down in the ditches and fight for them if they need to, or to get the deal done with a minimum of fuss and noise if they want that.

Peter adds with a smile: “I started up my own business too and learnt a lot of from that – it gave me first- hand experience of what I’d been advising clients on for years!

“The corporate team at Jacksons has been helping regional and national businesses for many years.

“It’s a case of building upon that base, developing the corporate service offering and actually letting people know what we can do, what we already do.

“As a business we have some incredibly long-standing client relationships which speaks for itself about our overall approach.

“It’s all about personal relationships at the heart of things, probably even more so after the last 16 or so months of enforced isolation and virtual reality. People buy from people.”

But having spent so long in the industry, his latest move had to feel right. It does.

So has he come full circle?

Peter laughs: “I’m not sure the scawny boy with scraped knees and soaking wet from plodging through the local beck would agree with that. But I can say that I was born in County Durham, schooled there, went to university in the North-East and had clients all over the region, the country and the world.

“Now, it’s good to be here in the Tees Valley, and to be able to help local businesses. We’ve been privileged to be able to do that for almost 150 years now, and are looking forward to the next stage of the business’ growth.”

For further information about Jacksons Law Firm check out jacksons-law.com.