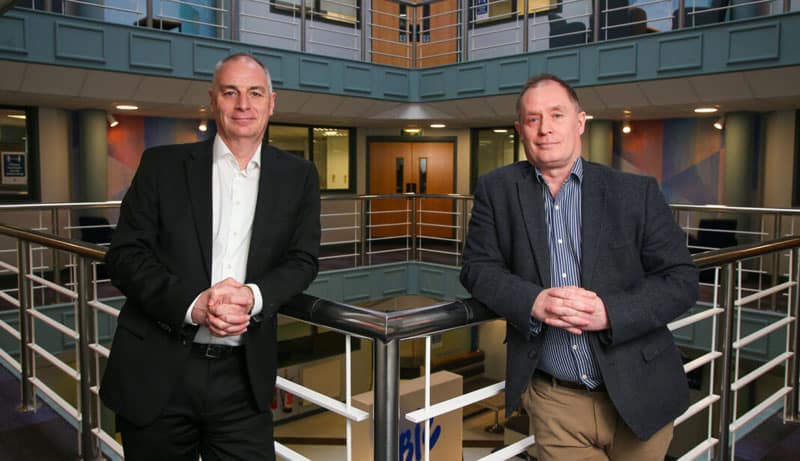 One of Aycliffe Business’s sister publications has been given another major boost after experienced journalist and editor Rob Lawson OBE joined the Wear Business team, taking on the role of consultant editor for the Sunderland-based business publication.

The move comes less than a month after the appointment of experienced sales professional Richard Jobling as Wear Business’s sales manager.

He was also editorial director of North East Press, which ran both newspapers, as well as the Hartlepool Mail and a range of Northumberland weeklies.

More recently, Rob – who is now a successful freelance PR consultant – served two full terms as chair of governors for Education Partnership North East (EPNE), which was formed under his stewardship after Sunderland College’s mergers with Hartlepool Sixth Form College in 2017 and Northumberland College in 2019.

“I’m excited to have joined the Wear Business team and am really looking forward to getting started,” said Rob, who was awarded the OBE in the Queen’s New Year 2021 Honours List for his services to education.

“It’s a magazine I’ve admired since it was launched and its so important for Sunderland and Durham to have their own dedicated platform for business-related news.

“The team is both talented and ambitious and together I want Wear Business to reach its true potential.”

Wear Business is published by Resolution Media and Publishing, the team behind the successful Tees Business publication, which is owned by Aycliffe Business editor Martin Walker and his business partner Dave Allan.

“Rob is a fantastic ambassador for Wearside – he’s passionate about the area and is incredibly well connected. His background in media and education is extraordinary.

“Rob will be a key influence on Wear Business making sure it’s promoting the businesses and leaders that are making a difference to the area.

“We’re very much looking forward to working together with Rob on the magazine and associated events.”

Wear Business are now working on the summer issue of 2022.

Thousands of copies will be mailed and delivered to businesses across the Sunderland and County Durham areas from late May.