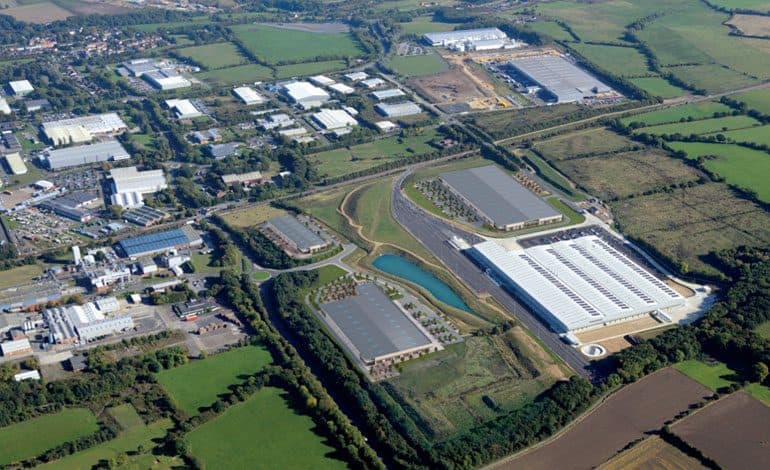 The developers who brought Hitachi Rail Europe to Newton Aycliffe are back with another exciting new large-scale development.

Merchant Anglo, the company behind Merchant Park, home to Hitachi’s £82m factory which opened three years ago, is now planning to build three new units near to the rail manufacturing facility covering a total 25 acres.

The new Station Place development will build on the solid elements that made Merchant Park perfect for Hitachi Rail – namely excellent transport links for rail, road, sea and air, and a developer committed to providing fit-for-purpose flexible space.

Geoff Hunton, from Merchant Anglo, who was credited with playing a major part in persuading Hitachi to choose Aycliffe other several other UK options, told Aycliffe Today: “We’re looking to take the development of Merchant Park forward with the next phase of our development, and building new units for the future.

“It’s been a long time coming. It took us quite a while to bring Hitachi here, but we did it once and we believe we’ve been successful in bringing a large number of jobs to the area, not just direct with Hitachi but also through the supply chain.

“Economic development in the UK as a whole is moving away from large-scale developments such as Hitachi, but we see a demand in Newton Aycliffe for 5-10,000 sq ft units.

“We want to provide state-of-the-art new facilities for existing businesses in and around Aycliffe to expand to.