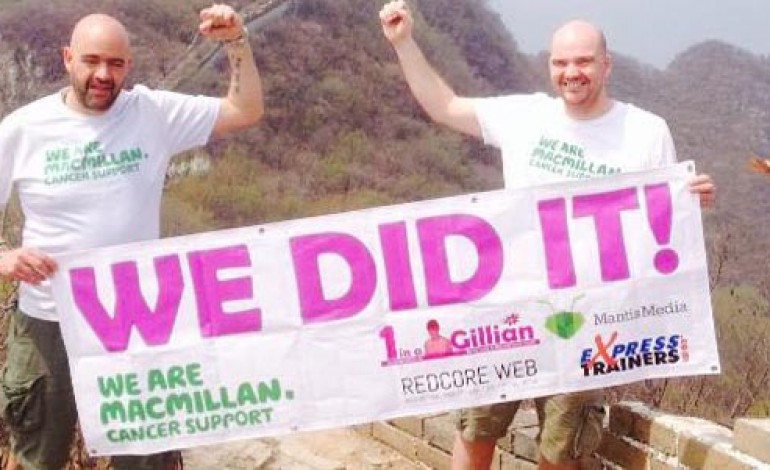 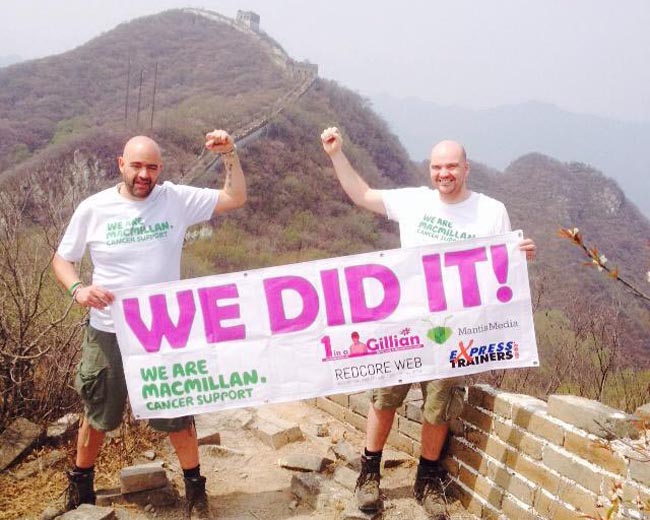 Popular ex-Aycliffe publican Richard Parker has completed his challenge to trek 100 miles along the Great Wall of China.

The 43-year-old and his brother Nick have also surpassed their new challenge of raising £12,000 for Macmillan Cancer Support after originally smashing their £10k target.

The Parkers, who completed the five-day trek along with another group of trekkers raising money for Macmillan, launched One In A Gillian last April – a one-year series of fundraising events culminating with their Asian expedition – in memory of their Mum, Gillian, who lost her battle with cancer 30 years ago this year.

Richard, from Easington, used to run the Lakeside bar at Woodham Golf Club and then the North Briton in Aycliffe Village, in the 2000s.

He turns 44 this year – the same age his mum was when she died from breast cancer.

Richard and Nick are pictured (above) after completing their challenge, sponsored by Aycliffe Today publishers Mantis Media, which saw them conquer Heaven’s Ladder, a steep climb on the route involving around 2,000 steps.

“It’s been an unforgettable experience but, more importantly, something that has meant a lot to Nick and I and our family, and all for a great cause.”

Find out more about One In A Gillian at www.oneinagillian.org