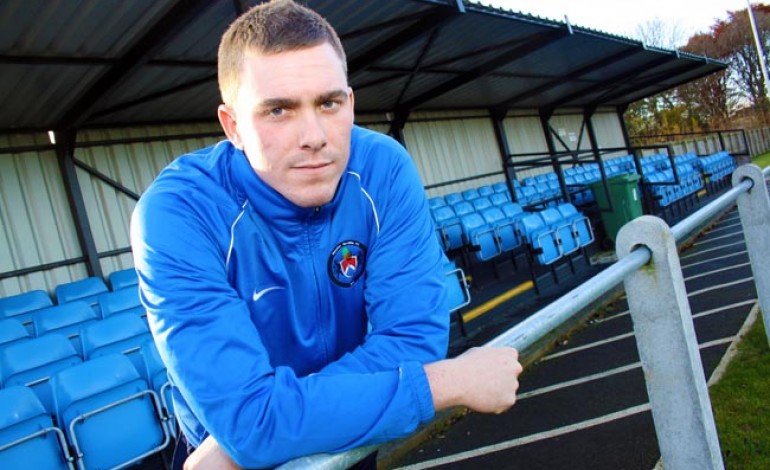 Former Newton Aycliffe goalkeeper Scott Pocklington returned to star in a 2-0 win at his former club on the final day of Aycliffe’s disappointing season.

Aycliffe rounded off the 2017-18 campaign empty-handed and 14th in the Northern League first division after a 2-0 reverse at home to Sunderland RCA.

Pocklington, who helped Aycliffe to the top flight with a second division title seven years ago, kept a clean sheet as his side RCA finished fourth in the table.

Aycliffe started brightly, and Jordan Jewson put in a good cross on four minutes, that Kurt Matthews just failed to collect under pressure.

A minute later Pocklington did well to palm out an inswinging corner, and then RCA took the lead on 19 minutes when a high ball into the penalty area wasn’t cleared by Aycliffe and Elliott latched into the loose ball to put it past home keeper Jack McLaren.

The play was fairly even, but on 30 minutes, McLaren had to make a smart double-save.

Three minutes before the interval, RCA were awarded a penalty when Andrew GrantSoulsby was alleged to have fouled an RCA forward.

The RCA players didn’t appeal, so perhaps justice was served when McLaren made a fine save from Larkin’s spot-kick.

The second half was also fairly even, albeit RCA created slightly better plays and chances. They got behind the Aycliffe defence two minutes in, but the resulting cross was just behind centre forward O’Neill.

Then Jordan Jewson had a good chance for Aycliffe, but his shot was charged down for a corner. RCA came back and McLaren made a good save from Charlton.

Aycliffe responded and had another shot well saved by Pocklington.

But RCA extended their lead on 67 minutes. Page put in a cross that McLaren seemed to have covered, but the ball squirmed out of his grasp, hit the post and went in for 2-0.

Aycliffe continued to compete to the end, but were unable to trouble Pocklington, and RCA saw out time for the win.