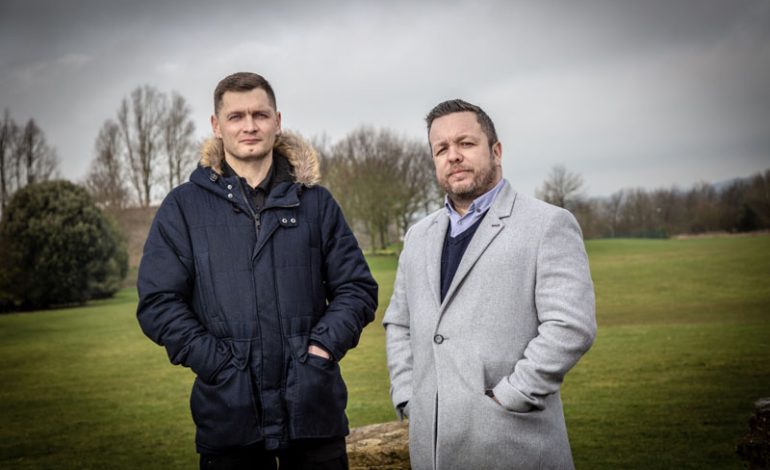 A Newton Aycliffe resident who’s bidding to bring the Great Aycliffe Show back in 2020 has acquired the services of an events expert.

Russ Gibson (above left) has joined up with entrepreneur Chris Petty (above right), who successfully brought about the return of the air show at Durham Tees Valley Airport in 2016 after a 29-year absence.

Mr Gibson says the help and guidance from Mr Petty will prove invaluable as he attempts to bring the return of the Aycliffe Show next summer, which was scrapped by Great Aycliffe Town Council in 2015.

“The council said during my first application that I wasn’t competent enough to run the show, and in hindsight that decision was justified,” said Mr Gibson.

“We consulted with Chris Petty during our first application, but I was advised by councillors against using an outside agency, before they declined our application on the grounds of inexperience, so we literally couldn’t win.

“Since then they have allowed a company from Gateshead to run a four-day circus on Sports Complex land, so we’re delighted they have changed their minds about outside agencies.

“This time we’ll work more closely with Chris and his team, to bring in the experience and knowledge required of running large-scale events.

“We have the ideas, we have the people who want to play their part, but admittedly we lack the background and experience needed.

“Chris Petty and his team are highly-experienced and brought back a very successful event which was hugely popular and well received.

“So their involvement removes any concerns Aycliffe Council might have about experience, or lack of it, so we’re now working on a new, much stronger application.

“Looking back, the first attempt was a good learning curve, it has given us a chance to look at where we fell short and what we need to do to get all our ducks in a row.”

Mr Petty added: “We know all about the Aycliffe Show and its history – and we’re well-known for bringing back popular old events, which is why this one appealed to us.

“We know there’s a demand for it from the public, and that’s all you need. As long as people want it, just put on a good show and it will be a success.

“We’re looking forward to working with Russ and the Aycliffe community in making the show a great show in 2020.”

The move comes just weeks after councillors moved the goalposts on public events, after they gave the go-ahead to a four-day circus on land at the Sports Complex – despite the application being incomplete.

Mr Gibson’s attempt to rekindle the Great Aycliffe Show were thrown out a year ago, when council officers cited inexperience and an “incompetent application”.

But despite the council’s strict stance with that process, the local authority relaxed their requirements for a suitable application earlier this year when they rubber-stamped an incomplete application which wasn’t even supported by a risk assessment at the time of being approved – something which they insisted Mr Gibson had to have.

Mr Gibson added: “We’re delighted the council have changed their policy with regard to public events on their land and we’re excited about putting together a strong bid for the Great Aycliffe Show in 2020.

“The council might be out of touch with local people, but we’re not, and we know there’s a huge demand for it.

“As long as we think the people want the Aycliffe Show, I’ll continue fighting for it.”