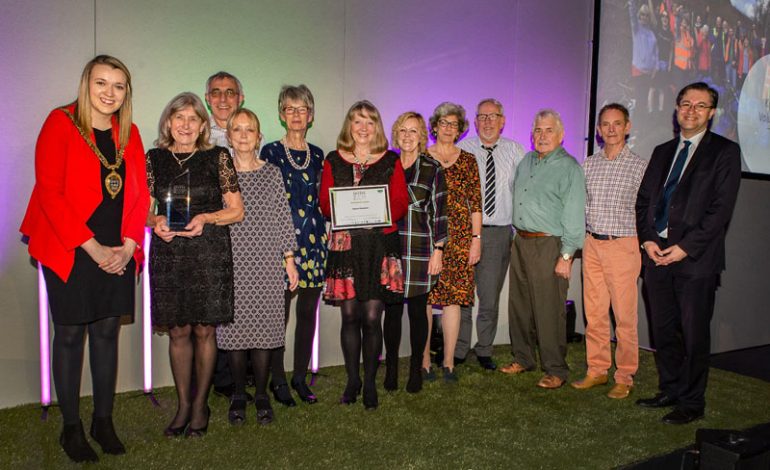 Inspirational examples of innovative design, environmental guardianship and community spirit have been recognised at an annual awards ceremony.

The winners of the 30th anniversary County Durham Environment Awards were announced at Hardwick Hall Hotel near Sedgefield last night (Wednesday). And this year, to mark the milestone, a special tree will be planted for each of the ceremony’s attendees in a new public woodland near Durham.

Organised by the County Durham Environment Partnership, the awards celebrate community groups, individuals, businesses and other organisations from across the county that go the extra mile to improve their local environment in a sustainable way.

This year, the standard of entries was so high that three projects were granted outstanding status. It is the first time the independent judging panel – made up of representatives from Durham County Council, Durham University, the voluntary sector, retired architects and other environmental professionals – has highlighted so many schemes for special praise.

The Auckland Project’s striking new addition to Bishop Auckland’s skyline was one of the top three projects, impressing the judges with its unique modern design inspired by historic structures. Standing 29 metres tall, Auckland Tower appears like a great wooden siege engine drawn up against Auckland Castle’s fortifications. As well as a viewing platform, the building incorporates ticketing and visitor information services, a gallery and an interpretation space about the town and its history.

Volunteers for Eleven Arches’ spectacular outdoor live action show Kynren were also awarded outstanding status. More than 1,000 volunteers have given half a million hours of their time to the project over the last five years, working together to develop the Kynren site into a place where people and wildlife can thrive. 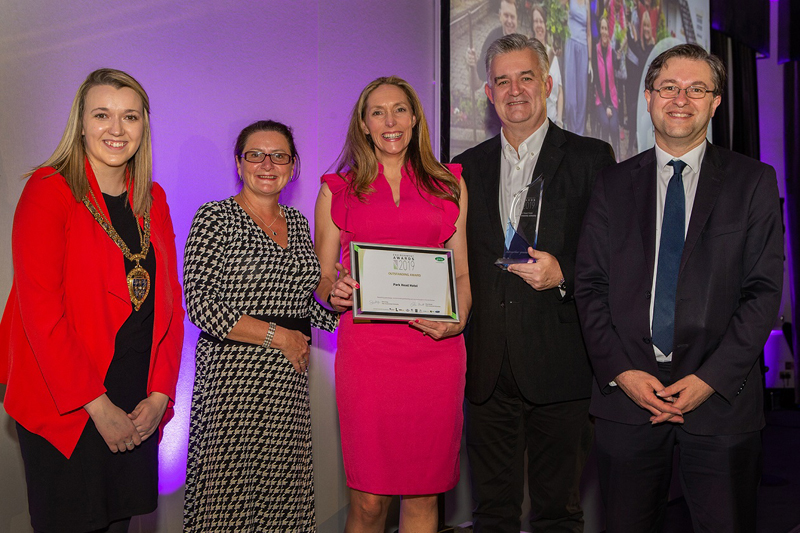 The Park Head Hotel in New Coundon, near Bishop Auckland, was the third scheme to be judged outstanding in recognition of its environmental initiatives. Examples include a commitment to reducing waste, with the amount of general waste produced in recent years down by 80 per cent.

The remainder is sent to an energy from waste plant to be converted into electricity, while food preparation waste is sent to local biogas plants. The hotel also sources local produce from ethical suppliers, runs a community vegetable garden, has reduced its use of single-use plastics and is a meeting place for many local groups.

Speaking after collecting the award, Claire Gibbons, of the Park Head Hotel, said: We are absolutely ecstatic and elated to have won. We are passionate about environment in which we all live.”

Peterlee residents also had cause to celebrate last night after the town’s community garden triumphed in the community partnership category. Once a thriving community facility, the site was taken over by Peterlee Town Council after the building was burnt to the ground by vandals. With support from residents and Durham County Council, it has been transformed into a flourishing garden. It is now part of Peterlee Neighbourhood Police Team wider programme of initiatives aimed at improving relationships with the community and diverting young people away from crime.

St Bede’s Primary School in Sacriston, meanwhile, triumphed in the schools and colleges category. It was the first school in the region to be awarded plastic-free status and has also promoted its work nationally, with one pupil raising awareness of the need to reduce plastic use on BBC One’s The One Show.

The other category winners were:

Oliver Sherratt, chair of the County Durham Environment Partnership and head of environment at Durham County Council, said: “These are just some of the amazing entries into this year’s awards. The standard was incredibly high, which demonstrates the great desire that exists within communities across County Durham to work together to improve the local environment and reduce our carbon footprint.” 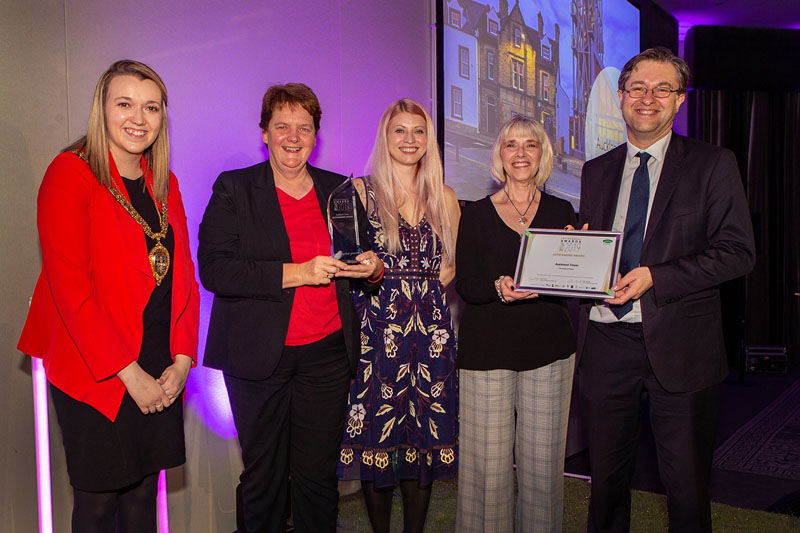 Cllr Simon Henig, Leader of the council and chair of the County Durham Partnership, said: “It is always a pleasure to attend the Environment Awards and to meet people who share our commitment to creating a green and prosperous future for County Durham. All of our winners should feel very proud of the wonderful example they are setting.”

The full list of winners can be found online at www.countydurhampartnership.co.uk/envawards