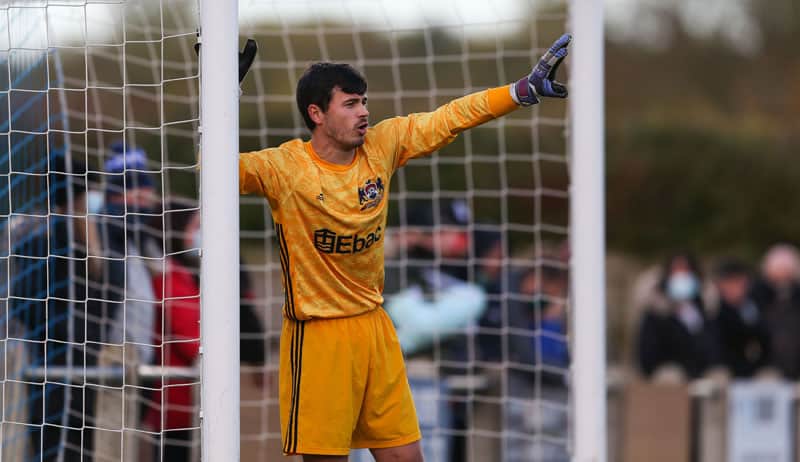 Newton Aycliffe goalkeeper Adam Pickford will be the only player welcoming the enforced Covid break after the season re-start was put back.

The Northern League confirmed that the 2020-21 season will resume on December 16, after the North-East was placed into Tier 3.

Pickford has been a mainstay in Colin Stromsoy’s side this season but was forced off midway through the second half of the Ebac Northern League Division One defeat against Consett at the Beaumont Landscapes Stadium in late October.

The Aycliffe number one appeared to tweak his knee while attempting to save Luke Carr’s penalty and despite trying his best was unable to continue.

New signing Adam Cameron made his debut for the club in the absence of Pickford during the Buildbase FA Vase defeat to Lower Breck on Merseyside before the season was brought to a halt following the Government’s imposed lockdown guidelines.

The break in the season has come at an opportune moment for Pickford who continues his endeavours to regain his fitness.

“It’s giving me the chance to really focus on my rehab and get any further opinions on the injury I might need.

“But I think for the squad as a whole the break has come at a decent time for us just to regroup and take stock of the start of the season really and to get some bodies back.”

Pickford has earned five clean sheets so far this season in all competitions and continues to receive praise for his efforts in goal as his form from last season has renewed this campaign.

The goalkeeper has been satisfied with both his and his team’s performances so far this term and is hoping he can get back on the pitch sooner rather than later.

“I’m pretty happy with my form overall,” he said.

“I’d like to think I’ve played my part in some of the points we’ve won this season. We’ve made a good start aside from a couple of disappointing results before the lockdown.

“I think we’re in decent shape.

“I’m just hoping I can get back involved again. I would have liked to have seen some more progress [with the injury] by now if I’m being honest.

“I’ll keep at the rehab stuff and see where it gets me and whether I need to get it looked at further.

“At the moment we’re focussing on the hamstring and the calf in the hope the injury isn’t as bad as we first feared but we’ll see where I’m at when the lockdown ends and we’re allowed to return, there’s no time frame on it yet.”