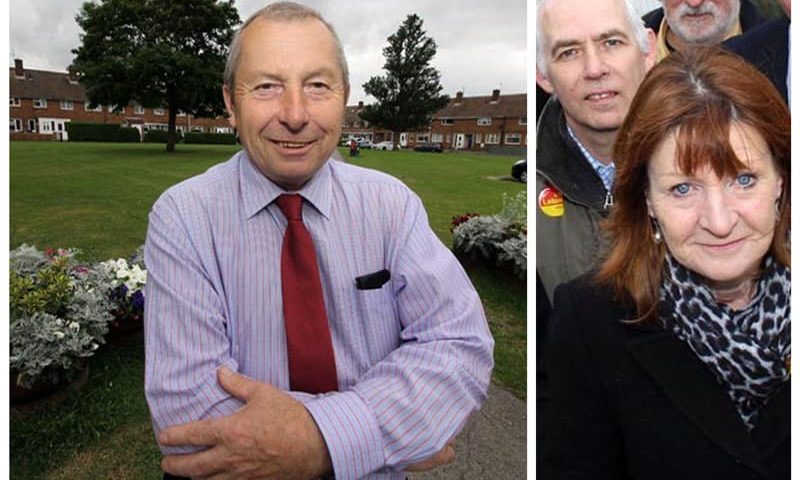 Eight candidates have been confirmed for the Aycliffe West ward in the forthcoming local elections.

Independent councillor Ken Robson (above, left) has launched a bid to take on current Labour county councillors Kate Hopper and Eddy Adam (above, right) in the ward.

And the Liberal Democrats are also pitching two candidates for the area in the Durham County Council elections on May 6.

James Walsh and Paul Whitting will represent the Lib Dems in the local poll, while George Gray is also launching an independent bid.

Elizabeth Maw is representing the Conservative Party, while Michaela Banthorpe is proposed for the Freedom Alliance party.

Aycliffe Labour will bid to defend their five of the seven Aycliffe seats available in the May 6 election.