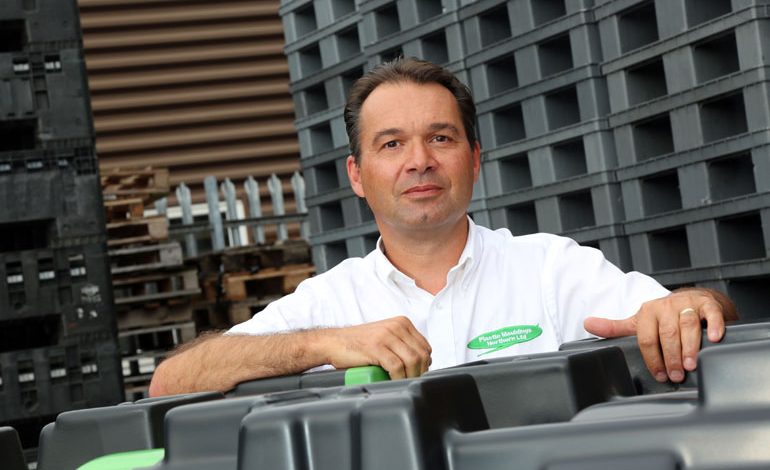 A fast-growing company which specialises in producing bespoke packaging solutions is helping businesses to save cash – as well as the planet.

County Durham firm Plastic Mouldings Northern (PMN) says half of its business is now made up of vacuum forming after investing in a state-of-the-art machine two years ago.

Sales director Freddy Bourdais (pictured) says it’s this investment which is enabling other firms to save thousands of pounds as well as reducing their carbon footprint.

“A lot of companies we work with are ISO 14001 accredited, which means they’re committed to environmental responsibilities,” says Bourdais.

“So they’re constantly looking for ways of trying to reduce the tonnage of products going into landfill.

“We invested in the Geiss machine a couple of years ago so we could accommodate large products. There are only seven of them in the UK, the nearest to us being down in Leicester, so locally it really gives us an edge.

“We also invested in a large 5-axis CNC machine so we could trim moulded products quicker and more accurately.”

“We’ll take a CAD drawing of the part and design a 3D drawing of a tray to accommodate that part. Then we’ll make a tool and mould it – and that tool might be used for 10 years or more.

“We tend to assume everyone knows about this kind of packaging, but they don’t. One of our clients was spending £12,000 a year on cardboard boxes, but by supplying them with plastic re-usable packaging they’ll be saving that cash after about 14 months – which over five years will save them £60,000.

“Returnable packaging now makes up about 50% of our business and it’s growing.”

The firm is planning a £1m expansion later this year with the aim of doubling staff numbers and sales.

The firm supplies DIY chains including Homebase, B&Q and Wickes, and it also manufactures parts for the automotive industry, with clients including Bentley, Jaguar Land Rover, JCB and Rolls Royce, while it has also recently supplied reusable packaging solutions to Hitachi Rail Europe in Newton Aycliffe.

The company aims to expand its new premises and eventually consolidate all operations into the new headquarters, and take its workforce to around the 40 mark over the next five years.