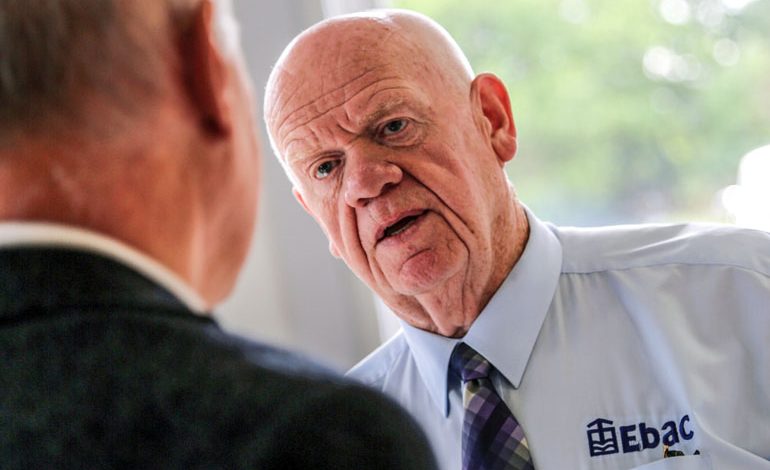 Newton Aycliffe manufacturer Ebac has announced a climb in sales – with profits up by 250%.

Ebac, the only British company to produce washing machines, dehumidifiers and water coolers in the UK, says its annual sales have climbed from £13.3m to £15.4m.

Almost £5m of turnover was UK sales, with exports accounting for more than £10m.

“After our return to profit in 2015 it is fantastic to be able to mark an increase in that profit of 250% in just one year,” said Elliott.

“This profit is after investing more than one million pounds in new product development, which should mean higher sales going forward.”

Ebac has seen sales of its domestic dehumidifiers more than double in the last two years.

Elliott added: “More people are realising the benefits of owning a dehumidifier to protect your home from condensation and damp.

“We have made significant investments in product development specifically our patented SMART control system and 3,000 series range which features a new laundry drying mode.

“We have also signed new distribution deals with B&Q and Curry’s and our dehumidifiers are now available in store as well as on-line with Argos, Amazon, AO and others.”

Ebac business development Tony Hird added: “We are very proud to have invested in new product development over the last few years, which has also seen us launch washing machines.

“These new products, plus a Brexit boost for exports, caused by favourable currency exchange rates have let us build on the success we had in 2015.

“Ebac is not a company to rest on its laurels and we will continue to innovate and invest in new and existing products, embrace the opportunities that leaving the EU will bring and continue to fly the flag for British manufacturing.”