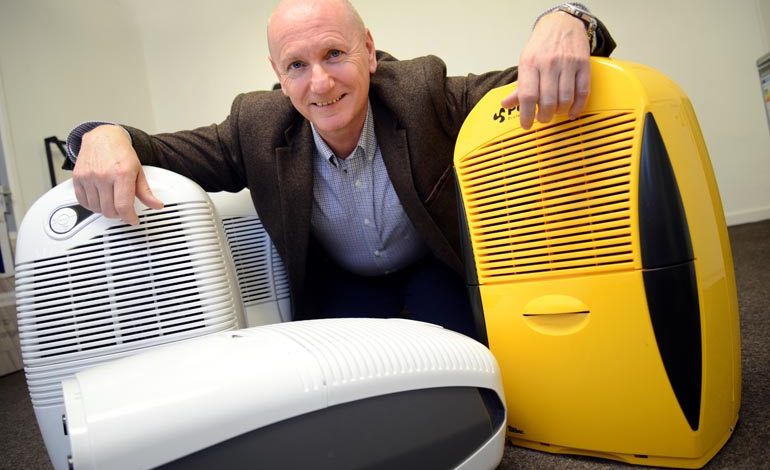 Newton Aycliffe manufacturer Ebac is celebrating after year-on-year UK sales of its dehumidifiers almost doubled in 2016.

Enhanced distribution with retail partners including Amazon, B&Q, Currys, Tesco and Buy it Direct has been a major factor in the significant increase in sales.

In addition Ebac’s energy saving Smart Control dehumidifiers have proved popular with consumers, saving up to £150 a year on running costs when compared to most other machines.

Smart Control technology is an intelligent software system that automatically controls the operation of the Ebac dehumidifier, ensuring the home is always protected from condensation and damp.

In 1980, founder and Chairman of Ebac John Elliott invented the UK’s first dehumidifier which was specifically designed to operate in the UK’s climate of lower temperatures and humidity.

By 1985 Ebac had become the best-selling dehumidifier in the UK and was exporting to most countries throughout Europe.

Ebac business development manager Tony Hird (pictured above) said: “When John Elliott first introduced dehumidifiers to British homes I don’t think he ever envisaged that the company would sell millions of machines to UK consumers.

“The development of Smart Control has taken our products to a new level, with significant energy-saving costs and ease of use and we expect to continue the upward trend of sales in 2017.”