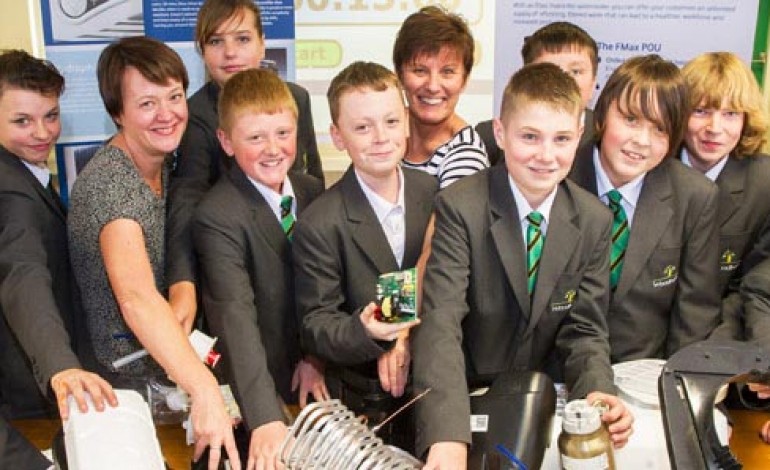 The company, which produces watercoolers, dehumidifiers and air coolers, is taking on apprentices in a programme which will provide a wider education on how businesses work.

It is also working with fellow Aycliffe company Aycliffe Fabrications, and with the town’s Woodham Academy school, on a second programme, to increase awareness among young people of what apprenticeships can offer.

The programme is supported and funded by the Great Aycliffe and Middridge Partnership (GAMP).

Pamela Petty, Managing Director of the Ebac Group, left school at 16 and wants others who do not wish to follow an academic path after GCSEs to be aware that other options are available and rewarding.

Ebac’s own scheme will see the two young people initially spend time in each part of the business, before focussing on a specific trade or role.

Pamela said: “We have found that sometimes it is not the best way forward to pigeonhole someone into a particular trade from the outset. It can be the case that a young person may fall by the wayside, because they feel the role they have been given is simply not for them. That is why we have established a new style of programme where we will be taking in apprentices and initially giving them experience in all parts of the business, so that we can fit the individual into a programme to which they are most suited.

“That way, the aim is to achieve the most successful outcome for the individual and get the best value for the business, plus the resulting wider appreciation of how a business operates will help the apprentice to develop better than if they had a narrow focus.”

Pamela continued: “We find that among young people there is a lack of awareness of what apprenticeships are and not enough promotion within schools, where academic paths are more heavily encouraged. The work with Aycliffe Fabrications will see us go into Woodham Academy in Newton Aycliffe and work with students to let them know what is available.

“My own career did not follow the academic route and I want other young people, who would be more engaged by vocational opportunities, to understand fully the options which are open to them.”