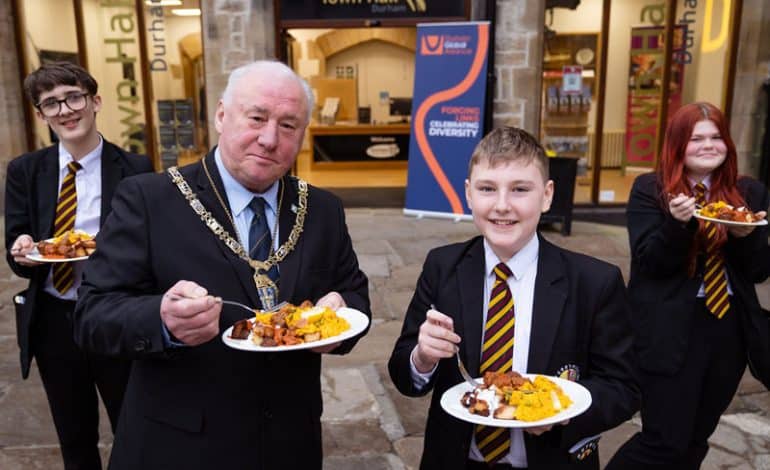 Pupils from the Language Detective programme – including some from Aycliffe’s Greenfield School – took part in a graduation ceremony and enjoyed a tasty tapas lunch at Durham Town Hall, as well as activities at Durham University. They also took the opportunity to learn about new languages and university life.

The celebration event marked the end of a six-week after-school programme, organised in partnership between Durham County Council and Durham University’s School of Modern Languages and Cultures, which taught young people about the transferable skills learnt when studying a language.

Cllr Stelling said: “Learning a new language and understanding different cultures can be very useful for people of all ages, but particularly young people.

“Speakers of multiple languages can not only benefit from enhanced career prospects, which offer the potential to earn more and travel the world, but also lots of other valuable skills which can be transferred into all areas of their lives.

“This includes the ability to work in a team, enhanced listening and communication skills, problem solving, multi-tasking and improved memory.

“But most importantly, learning a language and finding out about other cultures can help people to improve their confidence, make new friends and can be lots of fun.

“As a county bidding to become UK City of Culture 2025, we’re proud to be involved in events and programmes such as these, which encourage young people to broaden their horizons and explore more about wider cultures throughout the world.”

The Learning Detective graduation formed part of the Express Yourself Festival programme; a month-long celebration of language learning in the north east region, which runs throughout March.

Interactive online activities will introduce learners to inspiring speakers whose careers have benefitted from learning languages, as well as native speakers of Hindi, Urdu, Punjabi, Bengali and Arabic languages.