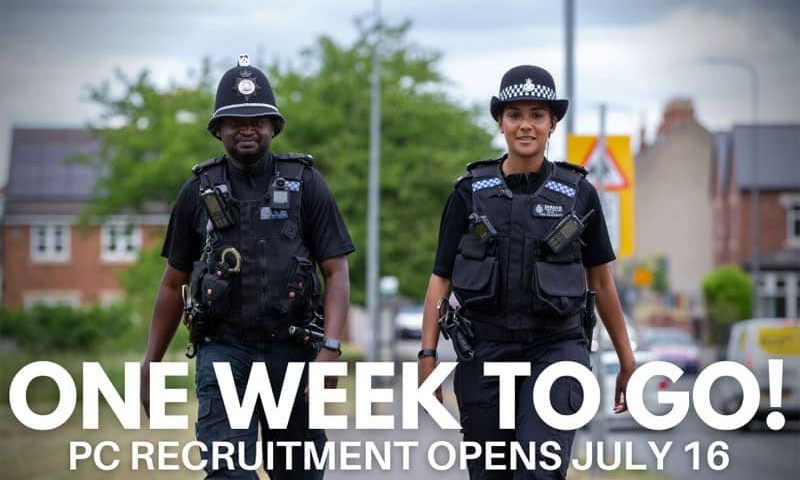 An opportunity to join one of the top-performing police forces in the country launches next week as applications to join Durham Constabulary opens on July 16.

The force is looking for individuals who are hardworking, can apply common sense, relish a challenge and possess a minimum of two A Levels.

In return, the force is offering a generous benefits package including the ability to complete a Police Constable Degree Apprenticeship in conjunction with Northumbria University.

Under the degree apprenticeships, student officers will study towards a degree in Professional Policing Practice as part of a three-year training programme while working as a police officer.

The university fees will be paid for by the force and students will be paid police officers from day one, with a starting salary of £24,780.

Graduates who apply may be able to complete a two-year shortened diploma course.

Assistant Chief Officer Gary Ridley said: “Policing is a challenging role and we would like to hear from all sections of the community.

“During your time as a probationer constable you will see operational aspects of the force.

“We are looking for people who can make a difference and are motivated to join a high-performing organisation.”

The force is also keen to hear from applicants from underrepresented and diverse groups.

Durham Police and Crime Commissioner Joy Allen said: “When standing for office I pledged I would put more police on the streets so I am delighted to see this recruitment drive launched so early in my term of office.

“Policing is a career like no other and is not for the fainthearted particularly at this challenging time. It’s a role which brings immense responsibility but also massively rewarding as you will be serving the people of County Durham and Darlington.

“You will play a vital role in keeping our communities safe by preventing crime, protecting vulnerable people, deterring offending and reoffending and pursuing offenders.

“There has never been a more exciting time to join policing. Speak to the force to find out more about what challenges you might face.”

Potential new recruits have until 5pm on Friday, July 30, to submit their application.

Find out more now or download your application pack (from July 16) here at durham.police.uk.