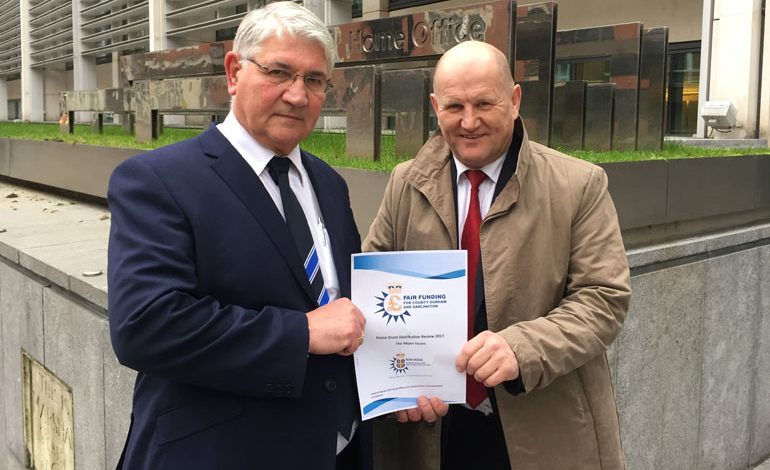 A delegation from Durham Constabulary travelled to London this week to hold talks with the Policing Minister in an attempt to safeguard funding for the force.

Durham Constabulary is currently the top performing force in the country. It has been rated by Her Majesty’s Inspectorate of Constabulary (HMIC) as “outstanding” at both tackling crime and being efficient.

The Home Office are currently reviewing the funding formula after an aborted attempt in 2015.

Given that the force has already been rated as outstandingly efficient, any significant reduction in funding is likely to have an impact on its effectiveness.

Mr Hogg and Chief Constable Barton highlighted four particular areas with the Minister, including council tax precepts, deprivation and alcohol, demand and cuts to other services.

Hogg said: “It is extremely important that the funding from Government is set according to a formula which enables Durham Constabulary to operate effectively.

“I am writing to all local MPs to make them aware of the issues which I raised with the Minister, and to enable them to make the case for fair funding locally and in Parliament.”

Barton added: “We’re proud that we are able to provide a police service for the people of County Durham and Darlington which is second to none and it’s vital that we do everything we can to maintain that.

“As the country’s top performing force, which has also been credited with using its money wisely, we are in an enviable position.

“It is therefore key that we take our chance to ensure that those with the purse strings produce a funding formula which is fair and enables us to continue to provide the best possible service for those who live and work in our communities.”