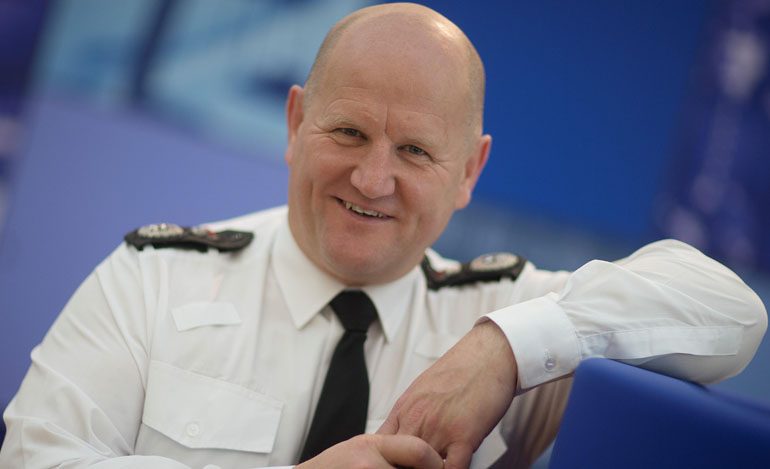 Durham Chief Constable Mike Barton has announced his decision to retire from policing in the summer.

Mr Barton, who led Durham to three successive Outstanding ratings in the annual Peel inspections, confirmed his retirement in a letter sent with “mixed emotions” to Police, Crime and Victims’ Commissioner Ron Hogg.

Chief Constable Barton said: “There remain many challenges in policing that I would have relished tackling, but there comes a time when one should hand the baton to the next generation of talented and committed people who will bring their own style, thinking and approach”.

In response, Mr Hogg said he had been “very fortunate to have such a dedicated, forward-thinking and passionate” chief constable during his term in office.

Born into a Lancashire farming family, Mike Barton became a police constable in 1980 in Blackpool, where his beat included the resort’s famous Golden Mile.

Despite being eligible for fast-track promotion and holding a law degree from Newcastle University, he insisted on working his way up through the ranks, earning a reputation both as a tough detective and a forward-thinking innovator.

Mr Barton joined Durham Constabulary in 2008 as Assistant Chief Constable and was promoted to Deputy Chief in 2009 before taking on the top job in 2012. 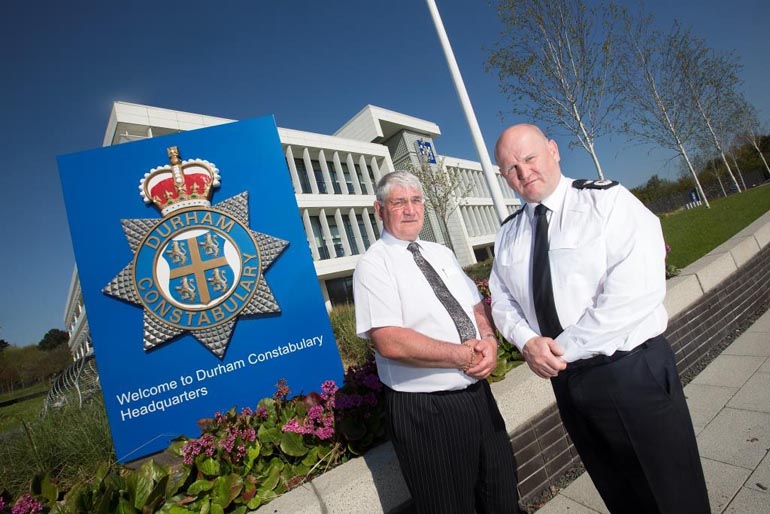 His no-nonsense style, twinned with his radical approach to modern policing, kept organised criminals on their toes and swiftly brought him to national attention, earning him a reputation as something of a maverick.

Mr Barton pioneered the development of problem-orientated policing and an evidence-based approach to criminal justice.

He promoted a successful mix of good old-fashioned crime detection alongside the reduction of reoffending through Restorative Justice, which has been proven to yield positive results and is now at the heart of everything the force does.

He oversaw the development of the groundbreaking Checkpoint programme, which is reducing the number of repeat offenders, and has placed huge importance on the agile development of new IT systems, recruiting a team of graduates to develop Durham’s in-house software Red Sigma.

During his three years as Crime Operations lead for the National Police Chiefs’ Council, Mr Barton oversaw the strengthening of the national Holmes computer network; development of the Police National Database including facial recognition techniques and the Schengen Information System, which allows law enforcement officers across Europe to share information quickly. He was awarded the Queen’s Police Medal in 2014.

But it was in the field of drug policy that Mr Barton became best known on the national stage, joining Mr Hogg in calling for a more meaningful debate around the issue.

In his resignation letter, Mr Barton said he hoped for “sensible conversations about how the current approach to controlled drugs is not working.

“It remains a lingering sadness and deep frustration that heroin-assisted treatment for heroin addicts is not de rigueur”.

Mr Barton said that such a change would play a part in stemming organised crime’s illicit income stream and added: “It is a tragedy so many lives have been shortened and blighted because a narrow-minded false moralistic stance by those in power has prevented any meaningful debate”.

But above all, he said, the role had been “exciting” and “enormous fun” and added: “I see the future positively, when we all work together for the common good we achieve so much more.

“Ultimately, it is local people in neighbourhoods, supported by local officers who will create the harmonious society in which young people can thrive.”

Now aged 62, Mr Barton has already worked beyond his expected retirement after agreeing a three-year contract extension in 2016.

After a weekend spent at home watching his beloved Blackpool FC at their sell-out homecoming match against Southend, Mr Barton said he now wished to spend more time with his grandchildren and his greenhouse.

Durham’s Police, Crime and Victims’ Commissioner Ron Hogg described Mr Barton’s leadership of the force as “unique and unequivocal” and added: “your impact has had a reach both nationally and internationally.

“It is a position unprecedented in the history of this fine organisation and testament to your vision and desire to bring about change whilst retaining that essential element of the British policing model, neighbourhood policing.”

Mr Hogg said: “I think it fair to say that with you as Chief Constable, there has rarely been a dull moment.

“As an aspiring farmer you know only too well that you reap what you sow and you should be immensely proud of the benefits our communities have reaped under your tenure”.

Details of the procedure to recruit the next chief constable will be announced by the PCVC’s office over the coming months.