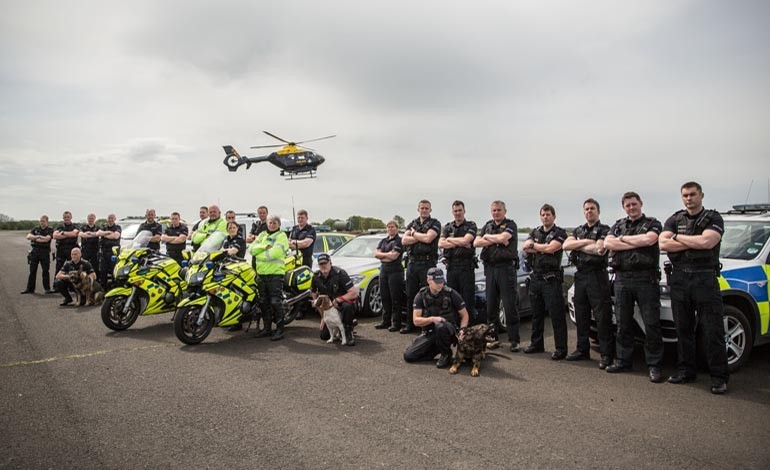 Traffic cops and police dogs from Cleveland and Durham’s joint policing team are set to star in a new series of the popular ‘Police Interceptors’ show.

Over several weeks earlier this year film crews from the Channel Five programme followed officers from the Cleveland and Durham Specialist Operations Unit (CDSOU) as they went about their work across the region.

They accompanied the police on drug raids, at serious road crashes, vehicle pursuits and searches for wanted criminals and dangerous drivers.

The first programme of the new, ten-part series is on at 8pm on Monday, 14 September and will include incidents in Darlington, Thornaby, Coundon and Redcar.

Chief Insp Alison Jackson, from the CDSOU said; “This is a wonderful opportunity to showcase the work our staff do every day to keep our communities safe and tackle criminality.

“Viewers will see first-hand the variety of work that our teams are faced with across Cleveland and Durham. And the series will show that despite often operating in very difficult circumstances, they conduct themselves with professionalism and with the public at the heart of everything they do.”

Filming started on the series in April and lasted around two months. The camera crews attended morning briefings at the road policing unit bases in Spennymoor and Middlesbrough before heading onto the roads, as well as filming a number of pre-planned operations.

The series had been produced for Channel 5 by Raw Cut Television.