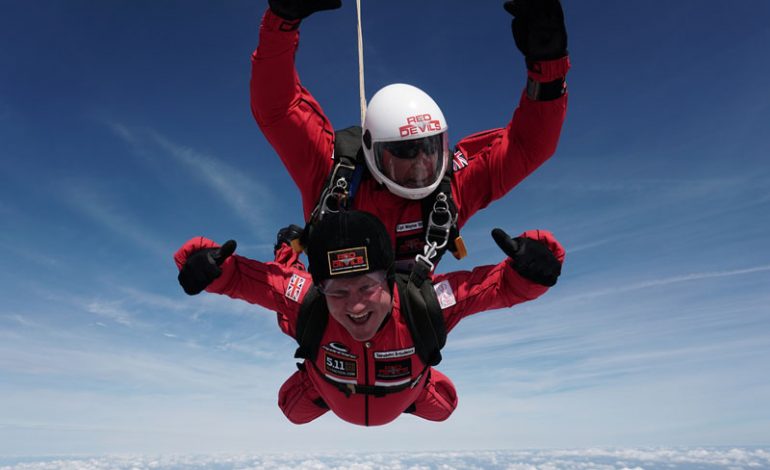 Durham Constabulary’s Chief Constable Mike Barton has taken the plunge and leapt out of a plane for charity.

Mr Barton took part in a tandem skydive with the Red Devils at the Old Sarum Airfield, near Salisbury, last week to raise money for the Police Treatment Centres.

He has raised more than £2,630 for the charity, which looks after thousands of injured and ill police officers every year.

Mr Barton said: “Wow. It was like being fired out of a gun for the first 50 seconds followed by floating on the breeze like a leaf. It was an utterly bizarre contrast and an utterly unforgettable three minutes.

“Can I thank everybody for their generosity – it has been a long time coming because the weather gods have prevented me from doing it for about two years now.

“At least I have survived it unscathed. I suppose it would have been ironic if I had broken an ankle and then had to go to the Police Treatment Centre to spend some of the money I had raised.”