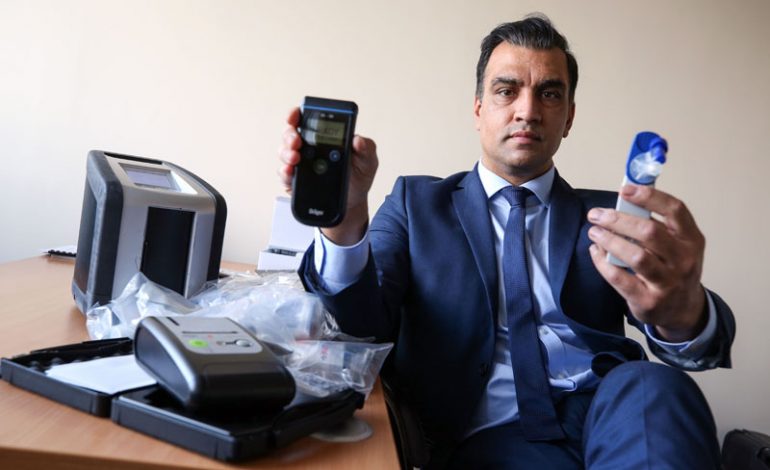 “Employers do not screen their employees for drugs or alcohol because they want to catch anybody out, they do it to ensure their employees are capable of doing their jobs safely.”

A stark and simple statement from the MD of North-East firm Drug and Alcohol Testing Services.

It might sound straightforward, says Abdul Shakeel, but the reality of that statement is definitely anything but. Drug and alcohol misuse can and does affect an individual’s ability to work safely, compromises high standards and ultimately can put lives at risk.

The specialist services provided by the company 24 hours a day, seven days a week have been specifically designed to address the issue. As well as carrying out drug and alcohol testing and screening services, Shak and his team also use their expertise in an advisory capacity delivering policy advice and management and leadership training on the subject.

They serve companies large and small across a whole range of sectors from oil and gas to nuclear, local authorities to transport, construction, engineering, housing and port authorities as well as the National Grid workforce and Network Rail to name just a few.

The expanding firm, which started out six years ago, already works with several companies on Aycliffe Business Park, and is keen to let others know about the services it offers.

“It is now regarded as being much more acceptable on a weekend to do class A or class B drugs than it ever was,” says Shak, a former police custody sergeant.

“Plus, there has been a marked change in the availability of class A and class B substances.

“10 years ago, 90% of those screened at work were detected in relation to alcohol. 10 years later 90% of the detection made is in relation to illegal drugs. Culture and social change has shifted and that has been recognised by employers who are concerned about the effect on their operations. 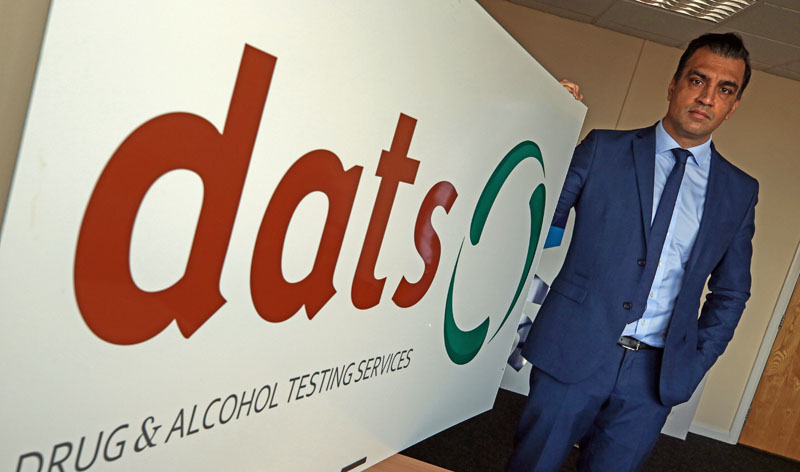 “There’s a conception that what someone does in their own time is their own business and that is correct in some respects. But an individual taking illegal substances might still have them in their system on a Monday morning – and that will have an effect.”

Shak left the police force to train to become a lawyer. During his post graduate law studies, he was called on for advice by a number of companies with concerns over drug and alcohol issues in the workplace.

An obvious need for a specialist testing service was there and, says Shak, that’s where DATS began.

The company has had a few bases in the Teesside area but as it has steadily grown and expanded, has recently moved into a suite of offices at Royal Middlehaven House in Middlesbrough’s Gosford Street.

Physical base aside, DATS works with companies all over the region and beyond conducting its specialist testing services and working in an advisory capacity to train and educate.

Last year, for example, testing and screening services were carried out on pipeline personnel working in the Ivory Coast.

It also offers flexibility with a round-the-clock service that ensures there is always someone at the end of the phone to deal with a situation should the need arise.

Equipment is Home Office approved and premium in nature to ensure the results collected are as accurate as possible. DATS also uses a Blyth-based supplier for its testing kits to ensure the business offers as much back to the local economy as it can.

“It can be very mixed work, some is office based, some not. We carry out services that include pre-employment screening, for example, or random testing in workplaces,” explains Shak.

“Employers have realised that not only should there be a vetting process in terms of their workforce, there is also a need to work safely.

“We are thankful that we take instructions from a large range of organisations of mixed sizes to one member of the public walking in off the street who might require a drug and alcohol test before they can start a contracting job to larger organisations.

“Although based in the Tees Valley, we have become a national service. Many of our clients have sites elsewhere in the country which require screening services.

“We also take steps to advise organisations on their policy considerations.”

DATS has five full-time employees and is growing steadily. As MD, Shak feels strongly about investing in his own workforce and helping them develop their skills is key.

Office admin Kara Mulgrew-Traynor started at the firm aged 16 and has progressed through two NVQ qualifications. “She is a product of our success – companies should spend more time investing in their staff and developing future leaders,” says Shak. “It is important to recognise the value that staff bring to an organisation.” 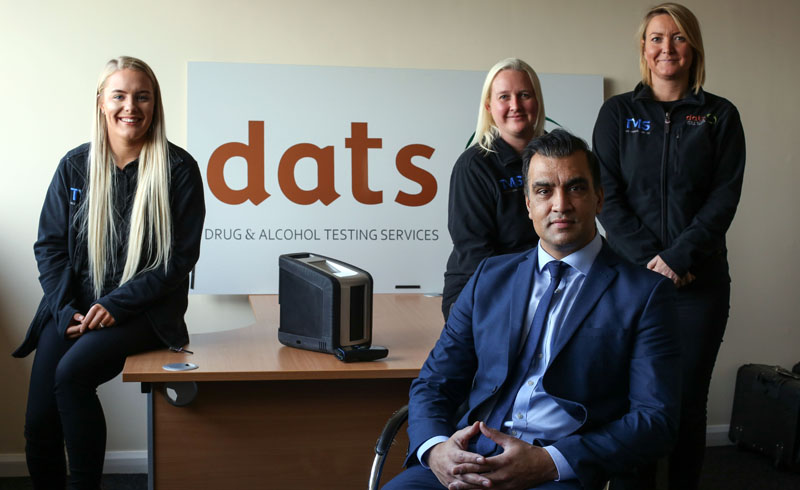 Around 70% of the company’s workload is carried out in its North East heart. Monday mornings are always busy, says Shak, as are periods of time surrounding any significant sporting event – local derby football matches.

Prescription medicine misuse is also a factor which needs to be considered alongside illegal substances and alcohol: “It could be something like a person taking prescription medication that belongs to their partner or parent, for example, and then heading in to work to operate a fork lift truck.”

Breath tests for alcohol, saliva for drugs and urine testing, if required, are offered. Positive samples are also screened for a second time and measured on both a qualitative and quantitative basis so results not only show whether a substance is present, they show how much of it is there too.

As the company evolved, so did demand for other services and sister company Tees Medical Services – which carries out employment medicals – was born.

The team prides itself on its ability to work confidentially, quickly and expertly – an ability which has seen DATS gain many accreditations from health and safety awards to ISO 9001 certification.

“We already work with a number of well-known companies in the Aycliffe area, we’re familiar with it and we’d like to hear from organisations large and small who might be interested in rolling out similar programmes,” says Shak.

He also has another message, crucial at this time of the year in particular.

“During the festivities of Christmas there is traditionally a spike in the positive findings for workplace alcohol and substance misuse,” he adds.

“Think long and hard about drinking and driving or using illegal substances because the police are not the only people who take an interest.”