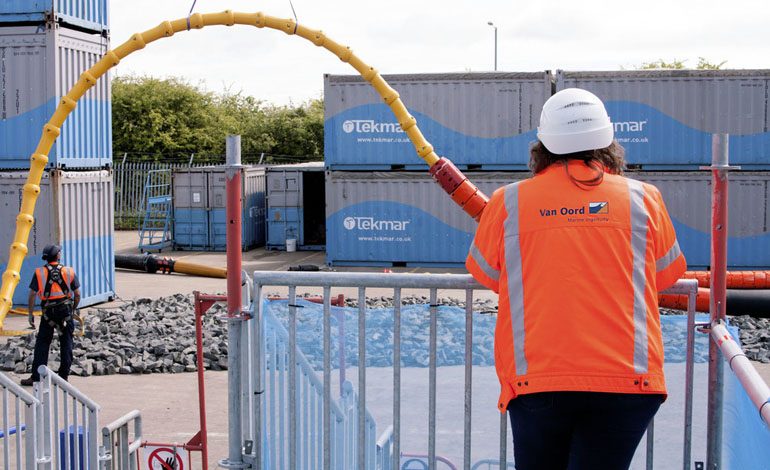 Tekmar, a global leader in cable protection systems (CPS) for offshore wind farms, has been awarded contracts from Dutch contracting company Van Oord to supply its systems on two projects.

The Aycliffe firm will supply its market leading CPS to protect the 35 inter-array cables planned on the Deutsche Bucht in the German Bight, located in the South-Eastern area of the North Sea.

Deutsche Bucht is a 252 MW offshore wind farm owned by Northland Power which will consist of 31 8 MW MHI Vestas wind turbines (8,4 MW power mode), with installation planned to start in the second half of 2018.

Tekmar has also won a contract on the BorWin3, a 900MW North Sea grid connection operation, which is part of the Dutch-German transmission system operator TenneT.

BorWin3 will convert three-phase electric power generated by offshore wind farms into direct current and transmit it 160 km back to shore.

The firm’s CEO James Ritchie said: “These contracts mark our 61st and 62nd named projects working within offshore wind, taking the total systems supplied to well over 6,000 protecting over 20 GW of electrical infrastructure around the globe.

“They also mark the fifth and sixth project that we have worked on with Van Oord, from the first project together taking place back in 2011.”

From its two sites on Aycliffe Business Park, and with more than 32 years’ experience, Tekmar is a market leader in the design, manufacture and supply of subsea cables, umbilicals and flexible protection systems for the global subsea energy market including oil and gas and offshore renewables.