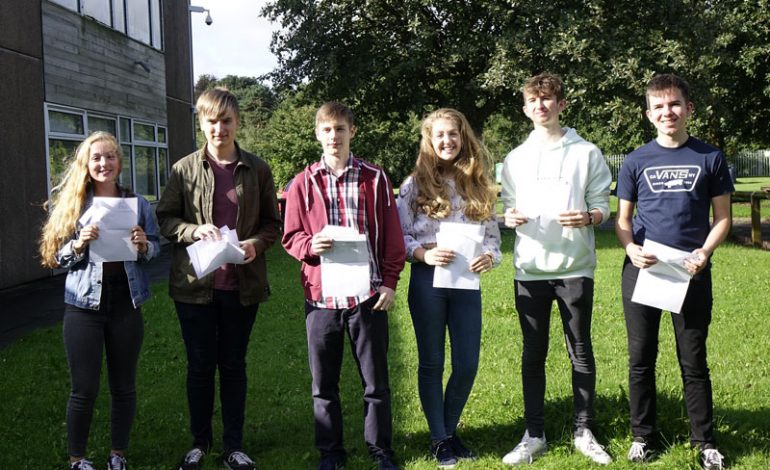 Sixth form students have been praised after A-level results across County Durham improved yet again.

Overall attainment in the county has improved year-on-year since 2016, with many schools and colleges reporting an overall increase in both the numbers of students achieving A* to B grades and getting into their first-choice universities.

County Durham’s overall point score is now 35.4 compared to 31.9 three years ago, and the average attainment grade has increased to B-. This is higher than the national average of C+.

The proportion of students achieving grade B and above in key subjects such as maths, English and science, has also increased to 13.9 per cent, compared to 10.2 per cent in 2018. This comes despite a national fall in the number of highest-grade achievements for the first time since 2007.

Vocational results, including Applied General and Tech Level, also remain significantly above the national average, with the majority of students achieving distinctions.

Cllr Olwyn Gunn, Cabinet member for children and young people’s services at Durham County Council, said: “We are incredibly proud of our young people who have worked so hard to achieve these results.

“We would also like to recognise our committed teaching staff, parents and carers whose support and encouragement over the last two years has contributed to the countywide successes we are celebrating today.

“These achievements are all the greater when you consider the major reforms that have been introduced to the A-level system in recent years.

“We would like to express our warmest congratulations to those who received the results they hoped for today, but we would also like to offer reassurance to those who did not.

“There are still lots of exciting and rewarding pathways to follow and I would encourage you to access the support on offer.”

Students who did not receive the grades they hoped for and those looking for careers advice can visit www.durhamworks.info where they will find information on apprenticeships, recruitment and training for 16 to 24-year-olds across the county.