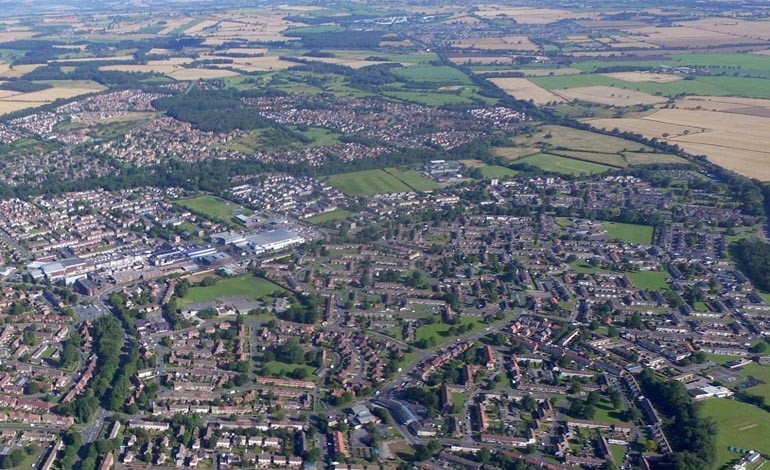 Councillors will be asked to agree the timetable for the County Durham Plan process to resume when they meet next week.

The process was paused in December 2016 due to expected changes in the calculation of housing numbers in a forthcoming Government white paper.

Durham County Council has always been committed to bringing forward a plan as soon as possible to continue the county’s economic growth and build on the momentum seen over the past five years.

This has seen several high profile investments, such as the current redevelopment of Durham City’s riverside, and a number of major employers moving to the county, including Hitachi, ResQ and Atom Bank among many others.

With some information on housing numbers having been released, the council’s Cabinet is being asked to approve a timetable to resume the process.

While the council is aware that resuming the process without the full guidance in place has some risks, positive conversations continue with the Government. The council will also continue to monitor developments and has put forward a timescale to allow for further policy changes.

A report to Cabinet also includes the council’s response to the Government’s consultation, Planning for the Right Homes in the Right Places, asking for further clarity and the need to align housing requirements with the county’s aspirations for economic growth to ensure that particular challenges in the north east are recognised.

Cllr Carl Marshall, Cabinet member for economic regeneration, said: “The council reluctantly took the decision to pause the County Durham Plan process while we waited for further information from the Government about fundamental changes to the way housing numbers are calculated.

“While some information has now been forthcoming it’s essential that the Government provides the certainty needed for planning on this scale with the County Durham Plan set to shape the county for decades to come.

“The plan is absolutely vital to creating a thriving county for those that live, work and visit County Durham. So it is the right decision to look to resume the process as soon as possible with a timescale that allows for future Government policy changes to be incorporated into the plan and gives us the chance to engage with residents and businesses.”

Following the council’s decision to pause the process in December 2016, the Housing White Paper was subsequently published in February 2017.

However, it did not include the proposed methodology for calculating housing numbers. Instead this was part of the Government consultation document Planning for the Right Homes in the Right Places published in September.

Although the consultation document provides the baseline figure for the expected housing numbers, it does not include details of how this figure could be uplifted to consider issues vital to County Durham, such as economic growth.

With the County Durham Plan essential to the future prosperity of the county, Cabinet is being asked to agree the timeline for the plan process to resume as well as agreeing the response to the Government’s consultation requesting further clarity.

If agreed by Cabinet the plan would move forward with the Preferred Options stage in spring/summer 2018. This would build on the extensive consultation carried out in June/July 2016 on the issues and options facing the county. If approved, this would then go out to public consultation later in 2018.

The County Durham Plan will shape the county into the 2030s, guiding the amount of new development needed for housing, potential job creation and future retail spaces as well as what infrastructure is needed to support these, such as transport, schools and green spaces.

More information on the County Durham Plan process so far is available at www.durham.gov.uk/CDP.

Cabinet will decide on the timeline and consultation response when it meets at County Hall at 10am on Wednesday, November 15.

In addition, they will also be asked to agree and publish guidance on developer contributions for education provision and habitat assessment as well as the 2016/17 annual monitoring report.