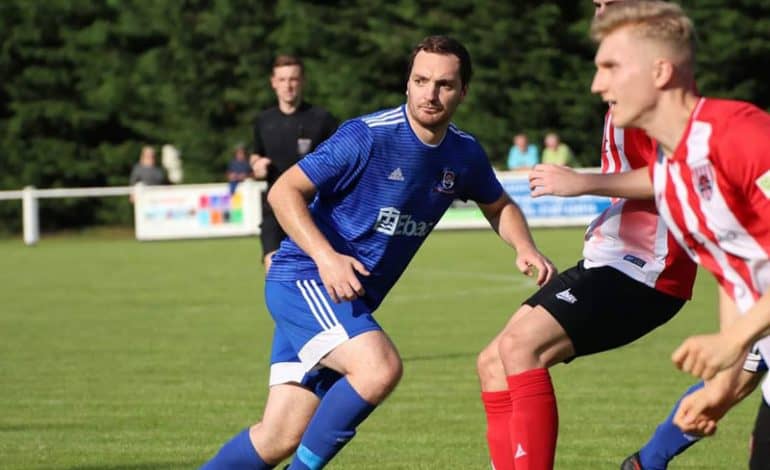 Aycliffe head for Mossley in the Emirates FA Cup on Saturday on the back of two disappointing league results.

The Newtonians lost 3-2 to recently promoted Crook Town last Tuesday, despite having taken the lead twice.

That game was followed by a trip to Guisborough and a goalless draw on Saturday.

The Priorymen played with 10 men after losing defender Harry Ord after just 10 minutes for a handball on the goal line.

Aycliffe failed to capitalise on the numerical advantage and for the last five minutes played against nine men as Guisborough had a second player dismissed.

Aycliffe travel to in-form Sunderland Ryhope CW on Tuesday for another tough game.

Ryhope have won their last five league games and now sit fourth in the league.

Saturday sees Aycliffe in FA Cup action with a trip to Mossley. The hosts, who play a league higher than Aycliffe, overcame Lower Breck in a replay last week.

Above pic, by Yvonne Wood, shows Aycliffe’s Ben Wood in action at Guisborough.