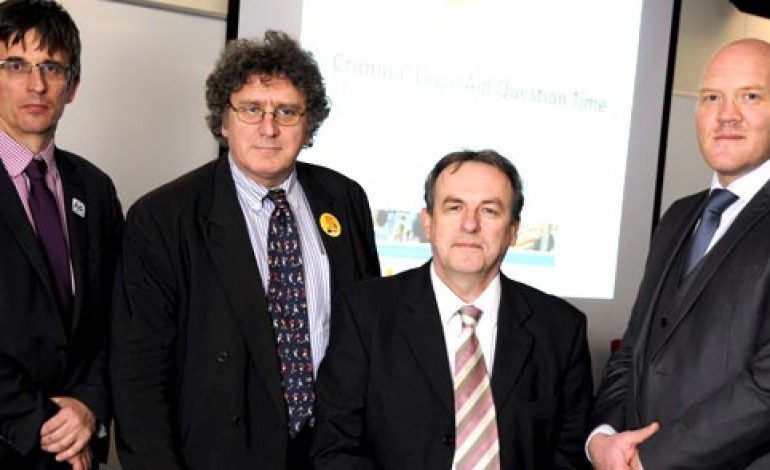 Concerns about the impact of cuts to legal aid were voiced during a debate at Teesside University.

Fears that criminals could end up walking the streets if legal aid cuts proposed by the Ministry of Justice go ahead were mooted by legal experts and members of the criminal law profession.

Teesside University senior law lecturer Andrew Perriman, who chaired the debate panel, said: “If these proposals go ahead, access to justice will be limited with more people representing themselves and navigating the complex legal issues of disclosure and evidence, as they will be unable to afford legal representation.

“Our fair and transparent legal system which is the envy of the world would be at risk as it would be a free for all in the courts.”

He added: “Legal aid firms could shut down in their droves and criminals could end up walking the streets as a result of ineffective prosecutions, as experienced lawyers will not be available to take on the cases.”

Barry Coppinger, Cleveland Police and Crime Commissioner, who was also on the panel, said: “It’s important that everyone has support and advice and access to the justice process and I will continue to argue for that.

“Some people may not understand the consequences until it impacts on them directly. I’m responsible for community safety and safety of the public across the Cleveland area and it’s important that their interests are represented.”