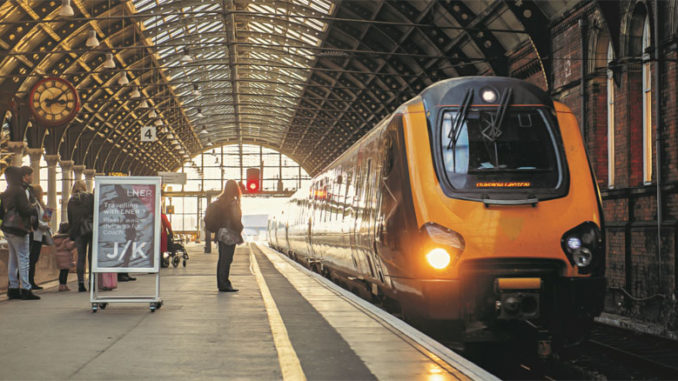 Tees Valley mayor Ben Houchen has announced that a bid has been submitted to Government for funding to dramatically overhaul Darlington railway station.

The redevelopment of Darlington station will cost up to £100m and, at a meeting of the Darlington Station Programme Board, it was agreed that the outline business case that has been developed to support the project be sent to Government to make the project a reality.

A total of £25m had previously been earmarked by the mayor and Tees Valley Combined Authority to help deliver the vision for the station, with plans for its use being put to Darlington Council for approval next week.

If the funding is signed off by Government, the redevelopment will also create new train platforms for an improved local and national service and futureproofing the station for future HS2 services.

Mayor Houchen said: “Today (Monday) we submitted our fully worked-up case for Darlington station to the Department of Transport.

“This is a major step forward in delivering this vital project, a project that will make travel to, from and around the Tees Valley easier and better than ever.

“I’ve already committed £25m to kick-start the work, but there is still more to be done. Now it’s down to Whitehall to put its money where its mouth is and invest in these much-needed improvements.

“Our plan to transform Darlington station would cut journey times, improve regional transport links and give visitors an incredible welcome to the area. I’ve been making the case for Darlington station from day one and I’ll continue to push for these critical improvements until spades are in the ground.”

Once complete, the upgraded station will unlock capacity across the area leading to faster, more frequent and better quality services in Tees Valley. It will also allow for better freight connections from Teesport, and prepare the station for high-speed services and Northern Powerhouse Rail.

“Our local people and businesses deserve high-quality, efficient, reliable and regular transport links, and these plans will go a long way in making sure they get that.

“The 200-year anniversary of the Stockton-Darlington Railway is fast approaching, and we’re seeing a lot of new opportunities being created in Darlington, such as the National Horizons Centre and Feethams House, as well as across all the corners of the Tees Valley. This transformation would give us a station our whole region could be proud of.”

Paul McKeown, Investment Director for Network Rail, said: “We have been working closely with the Tees Valley Mayor, Combined Authority and Darlington Borough Council on these exciting plans to improve the railway for all passengers.

“This scheme would improve connectivity across the Tees Valley, as well as create a station which is a fitting gateway to the region.”

The board is made up of the Tees Valley mayor, officials and elected members of the combined authority and Darlington Council, and project partners including Network Rail, LNER and Homes England.