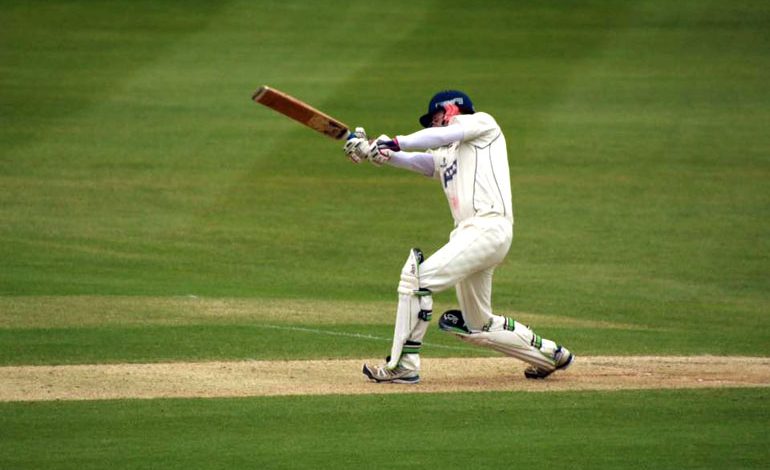 Aycliffe’s first team continued their recent good form with their third win in a row at home to Shildon.

Aycliffe’s first team continued their recent good form with their third win in a row, this time defeating Shildon Railway 1st XI by 113 runs in a game reduced to 40 overs per side due to the inclement weather.
All-rounder Michael Howe (sponsored by Yvonne and Bob Wood, pictured above) was quite rightly nominated as man of the match after a scintillating performance with both bat and ball. In the first innings, Howe top scored for Aycliffe with a career best 90, including nine boundaries and a sixe. Then when Shildon batted, he dismissed the first five visiting batsman to finish with the superb figures of 5 for 28 from his memorable 10 over spell. Michael becomes only the 7th player in the history of the club to achieve the notable milestone of scoring a half century and taking five wickets in the same game. Photos of Michael Howe bowling and batting attached,
The win boosts Aycliffe’s points total to 141 from 13 games played and leaves them comfortably mid table in 7th place.

The second team were well beaten away at Preston 1st XI by 8 wickets. Opener Dave Richardson was given the man of the match award for top scoring with 20 runs in the Aycliffe innings. The second team remain in 7th place in the 4th division table with 64 points from 14 games played.

This week’s only senior cricket fixture is: