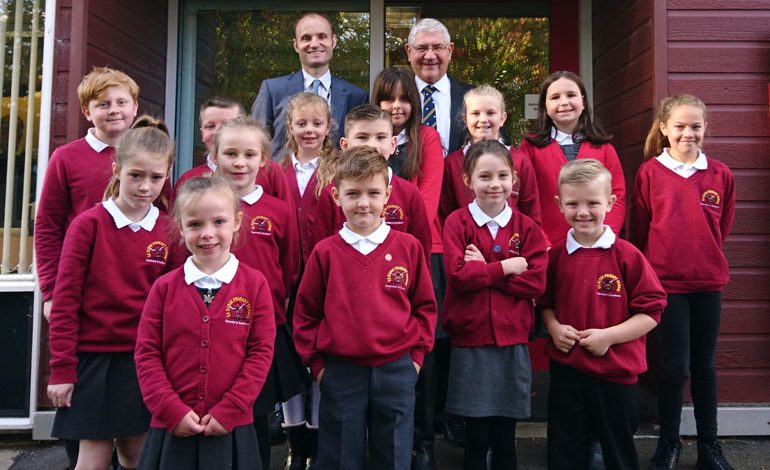 Primary aged children are being encouraged to get creative whilst thinking about safety, for a competition launched this week.

The theme of this year’s competition is ‘staying safe during winter nights’ and is being promoted through junior and primary schools throughout County Durham and Darlington.

He said: “It is important that young people are encouraged think about the environment around them and how they can stay safe. The designs can be anything from wearing visible clothing on dark nights to locking property, or keeping lights on when the house is empty.

“This is a great opportunity for children to get creative, whilst having those important conversations with adults, and their peers, about how to stay safe.”

Daniel Harrison, Headteacher at Ox Close Primary School said: “Keeping the children safe is something which we absolutely emphasise at Ox Close and it is the most important aspect of my job as Headteacher.

“Staying safe as the dark nights of the autumn and winter become a reality is crucial and we are also delighted to be able to celebrate diversity and to try to help to promote unity, especially in these times of division and disharmony in the World at large.”

Entries should be up to A4 in size and composed in pen, pencil or crayon, and be either landscape or portrait in style.

Individual competition entries completed outside of school can be handed in, in person, at Ron’s free family fun day held on Saturday October 28 at Locomotion, The National Railway Museum in Shildon (between 10am-3pm), which is being held to celebrate the work of local superheroes.

A competition design template is also available on Ron’s website at www.durham-pcc.gov.uk to download, for individual entries to be handed in at the Superheroes event later this month.

The competition closes on Saturday October 28, and the winner will be announced early in November during Ron’s Winter Nights campaign.