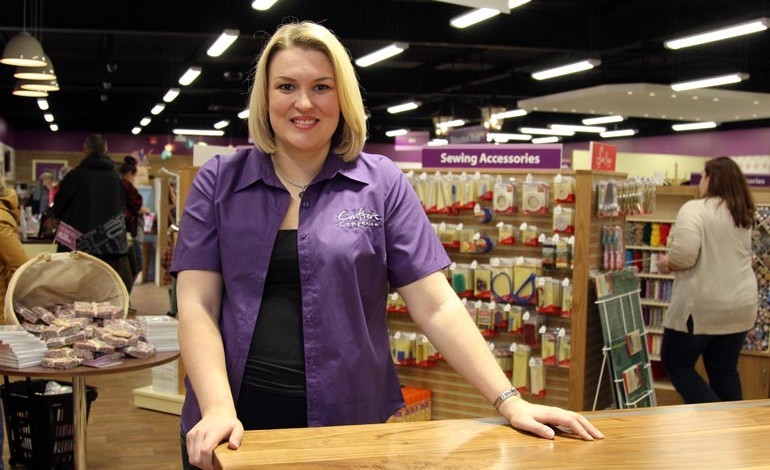 Newton Aycliffe-based craft supplies company, Crafter’s Companion, has topped off an impressive year by reaching 100 employees across its UK and US operations.

The fast-growing company, which is on track for a record year, has gone from strength to strength in 2016 opening two UK retail stores, including its flagship outlet on Aycliffe Business Park, and creating more than 40 new jobs in Newton Aycliffe and Chesterfield.

Crafter’s Companion’s US operations hugely expanded during the year after the company relocated its US office and warehouse Santa Ana, California.

The company also picked up several major North American contracts and launched several new product lines, including premium adult colouring range, Spectrum Noir Colorista, which has since been launched in the UK too.

The company’s founder, Sara Davies, who was awarded the MBE last year, said: “This year has been absolutely incredible for everyone at Crafter’s Companion.

“We’ve almost doubled the size of the team and it’s amazing to look back at how far we’ve come.

“We started 2016 with big ideas and big dreams and thanks to the continued hard work and dedication of the Crafter’s Companion family we’ve been able to achieve more than we ever expected.

“As well as creating many new jobs locally, we’ve also exported more product this year than ever before. We are very proud to be flying the flag for North East businesses as well as contributing to the local economy.”

Crafter’s Companion is a leading supplier of craft tools and products, selling them to a global customer base online, on TV shopping channels, via independent retailers and in its own UK retail stores.