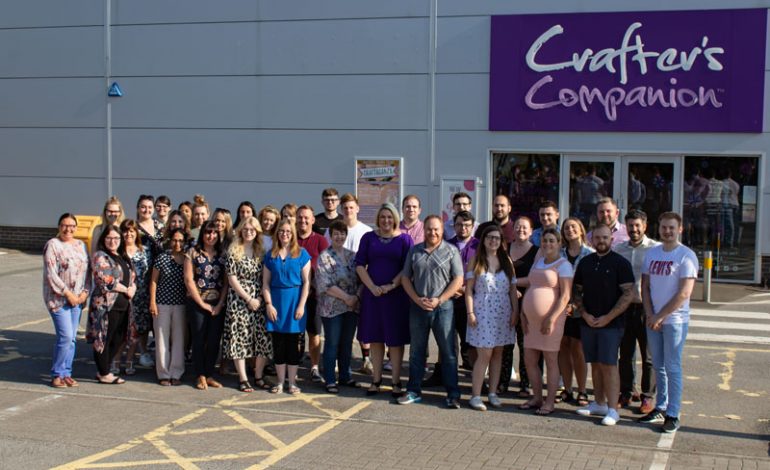 Global craft supplier Crafter’s Companion is celebrating the first half of an impressive year by hitting the 200 staff mark.

This year alone, the company has employed a total of 28 people across its marketing, TV, trade, warehouse and product development teams, in addition to its retail stores to support its ambitious global growth strategy.

As part of the growth plans, Crafter’s Companion has invested in developing its UK, US and new EU ecommerce websites, its video-selling platforms and its in-house TV studio.

Crafter’s founder Sara Davies MBE said: “At the beginning of the year, we announced that our US team was moving to a larger head office space because it had outgrown its premises ahead of time and we’ve also experienced outstanding growth here in the UK.

“Therefore, an ongoing recruitment strategy to support the company has become integral to our ongoing evolution.

“We have been expanding our team on a global scale and the calibre of staff that we have at Crafter’s Companion is phenomenal.

“I have always stuck to my North East roots and am so proud that our UK headquarters remains within the region. It means that Crafter’s Companion continues to contribute to the local economy, supports the local community and is able to employ some fantastic people in the area.

“Three years ago we announced that we had hit the 100 staff mark and the fact that we now have double that amount in such a short space of time is so overwhelming but absolutely fantastic.”