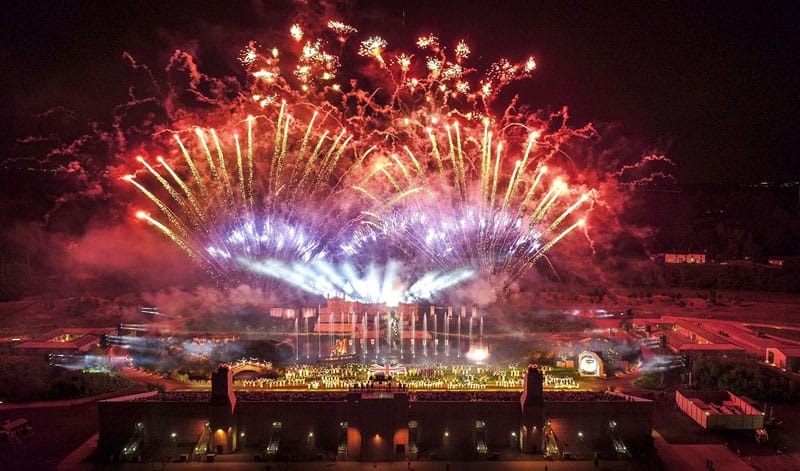 News County Durham is a step closer to being crowned UK City of Culture 2025 has been met with joy and resolve by the partnership driving forward the bid.

Today, the Department for Digital, Culture, Media and Sport (DCMS) announced its longlist of eight locations that will progress to the next stage of the prestigious contest.

County Durham is among those to have been selected from the 20 bidding locations and now has until January 2022 to finalise its bid.

Durham County Council submitted the initial expression of interest with principal partner Durham University on behalf of Culture Durham – a partnership of organisations united by their belief in the power of culture to transform lives.

The partners are delighted the judging panel has recognised the rich cultural offer and creative potential that exists in the county and are urging people to continue to back the Durham 2025 campaign.

Tony Harrington, chair of Culture Durham, said: “We are absolutely thrilled County Durham has made it to the next stage of the UK City of Culture 2025 competition.

“Our bid is on behalf of the whole of County Durham and we believe it is our diverse heritage, landscapes and communities that make it so special.

“Our aim is to deliver an inclusive cultural programme that resonates with our communities and reflects our desire to innovate, inspire and grow. Crucially, we want the people of County Durham to be at its heart. This is their bid, and it is thanks to their support that we have made it this far.

“So, whether you are directly involved in the campaign, have submitted an idea or shared one of our social media posts, I would like to say a big thank you.

“The partnership is now focused on taking County Durham to the next stage of the competition and we will be working hard to prepare the bid. Please continue to support the campaign and help us to seize an opportunity that will benefit our communities for generations to come.”

The DCMS announcement follows news the BBC plans to invest £25m in the North-East over the next five years.

Arts Council England has also named County Durham as one of its priority places for investment as part of its three-year delivery programme.

Cllr Amanda Hopgood, leader of Durham County Council, said: “This is an incredibly exciting time for County Durham and the North-East.

“Securing the UK City of Culture 2025 title would bring transformational social and economic benefits for the entire region.

“Even making it this far will have a positive impact, with the increased publicity attracting more visitors and providing a boost to the tourism, retail and hospitality sectors.

“Over the last few months, it has been wonderful to see excitement for the bid grow, and I would like to thank everyone for their support. It is vital we keep this momentum going and continue to fly the flag for County Durham.”

As one of the final eight locations, County Durham will receive £40,000 from DCMS to develop its bid.

It is understood the overall winner will be declared in May. The winning location will then take on the baton from Coventry, UK City of Culture 2021, which has so far attracted more than £100m in capital investment to support cultural projects.