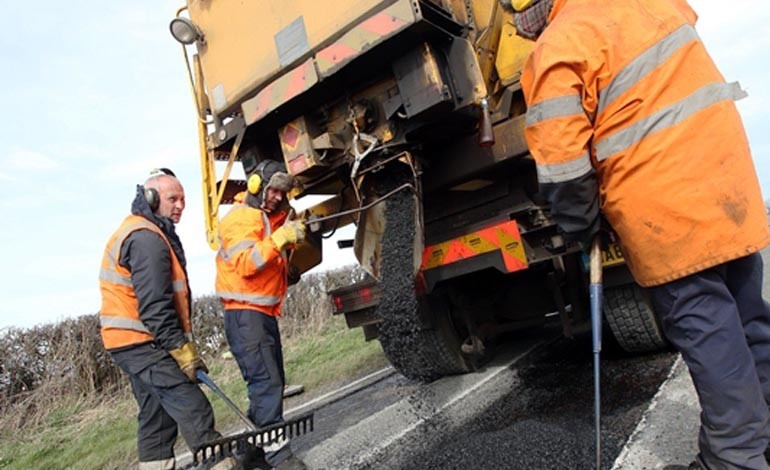 Durham County Council has won praise from a government minister after it was one of only two local authorities in the country to be awarded top marks for the efficiency of its highway maintenance service.

The council has scored the top ‘band three’ rating in an assessment organised by the Department for Transport to help it decide how to allocate £578m of highway maintenance funding, with Lincolnshire County Council the only other authority to achieve the score.

The banding means the council will receive an additional £666,000 to spend on maintaining its highways network in 2016/17 – the most it could have got.

It has also earned the authority praise from Andrew Jones MP, Parliamentary Under Secretary of State for Transport.

He said: “I would particularly like to mention what we now know are the two top performing highways authorities in the country: Durham and Lincolnshire.

“They scored highly against all 22 criteria and they will receive the maximum possible funding.

“I would urge other authorities to look closely at how Durham and Lincolnshire are running such an efficient operation.”

The assessment sought to determine how well councils are performing in managing their highway network.

The results determine how the Incentive Fund is allocated over the next six years, with the amount the council will receive to increase annually should it retain the top rating. By 2020/21, the authority could get £1.9m.

Cllr Brian Stephens, the council’s portfolio holder for neighbourhoods and local partnerships, said: “We’re delighted to learn we are one of the top performing highway authorities, scoring highly against all criteria in this assessment.

“The funding of highways maintenance remains a challenge for all local authorities but this rating demonstrates we’re leading the way in spending our budget as efficiently as possible.”