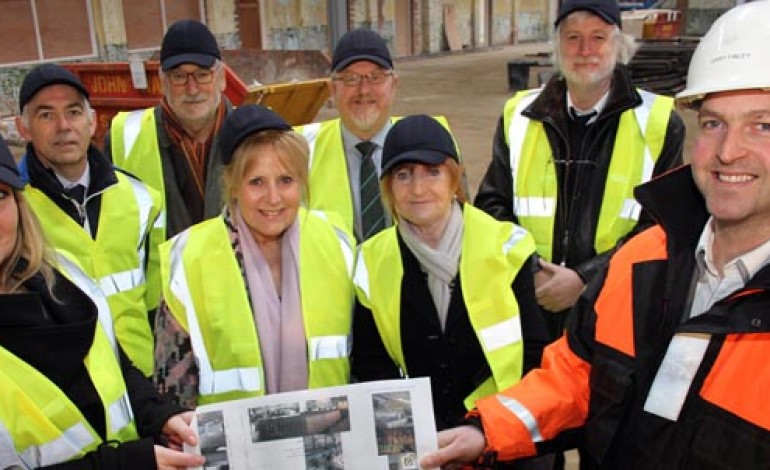 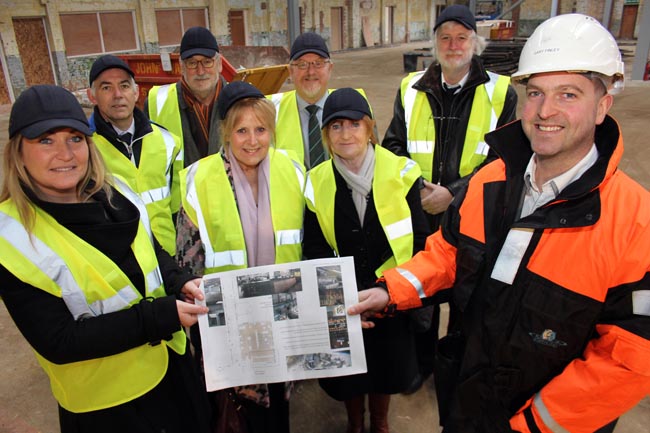 A team of councillors were wowed by plans to create a permanent memorial to the Aycliffe Angels at one of the Royal Ordnance Factories on Aycliffe Business Park.

The company’s managing director Julie Finley showed them ambitious plans to preserve the heritage and memory of the Aycliffe Angels, who worked at the ROF during World War II.

As we approach the 70th anniversary of the end of hostilities, Finley Structures has revealed it wants to name the complex ROF 59, standing for Royal Ordnance Factory 59 – the original name of the group of Aycliffe factories built in the early 1940s which created the New Town of Aycliffe.

The huge munitions factory employed some 17,000 workers, mostly women, between 1941 and 1945 and was an extremely important part of the country’s war effort.

The work was highly dangerous as the women filled bullets and bombs for the boys in the battlefield. There were a number of serious and fatal explosions, with eight women being killed in one blast.

Much of the original brickwork as well as some of the 1960s Presswork Metals building has been preserved, with the 21st Century steelwork creating a palimpsest effect of building through the ages.

Staff working at the new ROF 59 will wear overalls, like the Aycliffe Angels did when they risked their lives working there 70 years ago, while several other features will enable Aycliffe’s proud history of the munitions-making factories to live on.

Cllr Hillary revealed how his parents – Bob and Millie Hillary – met in Aycliffe after working there during hostilities.

“It’s really quite amazing,” he said. “My mother and father actually met in School Aycliffe during the war, my father was stationed here with the Army guarding the place and my Mum worked here in the Ordnance Factory.

“So I’ve always known about the ROF and the Aycliffe Angels, and to see – after such a long time – some kind of honorary tribute to them is a really positive step forward for Newton Aycliffe.

“Although it’s a new town, it has got a lot of history. We’re steeped in history. But this area, where the Royal Ordnance Factory was, is a really important place in the history of the country. It provided munitions during the whole of the Second World War and kept the troops fighting across the world, so to actually commemorate this is really important, and would be part of my family heritage.

“I don’t think people realise just how big a footprint the Royal Ordnance Factory had. There are still bunkers at the other end of where Hitachi is now, and some of the old munitions factories stretch down to St Cuthbert’s Way.

“The current industrial park was set up to occupy buildings when the ROF ceased to exist, which shows you just how vast it was.”

Cllr Clare, well known in Aycliffe as a former History teacher at Greenfield School, said: “Because I’m an historian I’m intrinsically excited about this.

“Just looking at the building you can see history growing before your very eyes, beginning with the roofline of the Royal Ordnance Factory walls. Above that you have a brick wall from the 50s or 60s and above that you have the 21st Century steelwork – is that not exciting?

“You’ve got the developing uses happening at the same time… it started off making bombs to protect Britain during the war, followed by your post-war new town aims and the Presswork Metals factory and now we’re turning it into a leisure factory.

“The scheme aims to integrate that history into the modern leisure function of the project. The history is going to be all around you and integrated into the project as you walk around, so you will be learning as you’re playing, which is just fantastic.

“Projects like this are integral to the success of Aycliffe Business Park, so it’s important as well as exciting.”

Almost £600,000 has been spent on constructing a new 70,000 square foot facility on the site, which has stood empty for more than six years.

A further £300,000 is to be invested in the fit out of the facility, including a trampoline park, cafe, restaurant and bar, and it will also include one of the biggest climbing walls in the country, standing at 20 metres tall, while Rock Antics are moving from the town centre to be incorporated into the project.

• Pictured (below): Jed Hillary’s parents, Bob and Millie Hillary, met while working at the Royal Ordnance Factories at Newton Aycliffe in the 1940s. 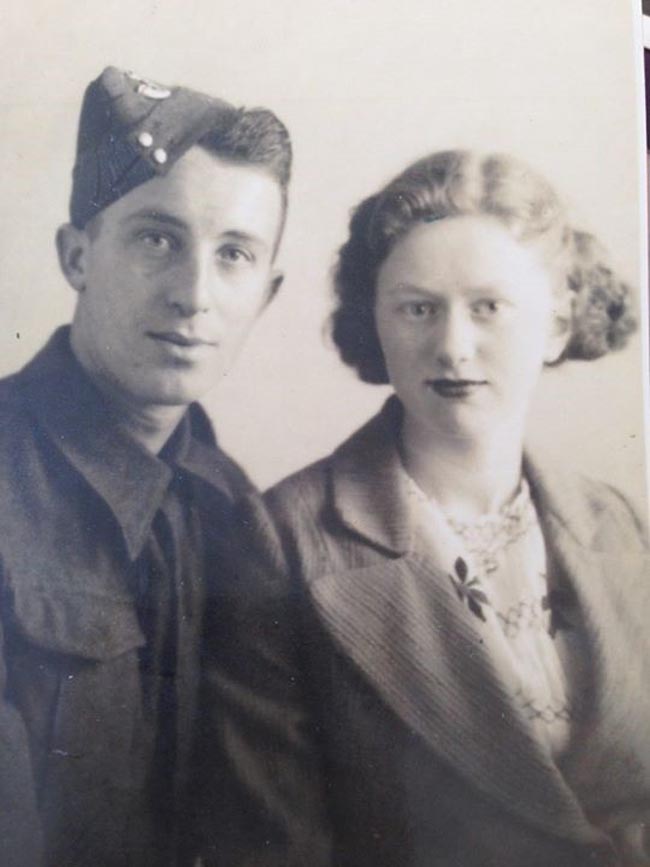